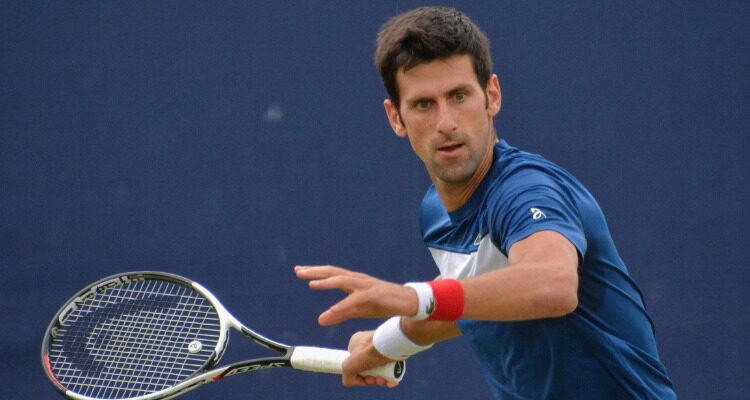 Novak Djokovic Blasts Wimbledon After They Announce Ban On Russian And Belarussian Players: “It Is Crazy”

On April 20th, the All England Club and the Committee of Management of The Championships announced Russian and Belarussian would not be able to participate in the tournament.

A press statement reads, “We share in the universal condemnation of Russia’s illegal actions and have carefully considered the situation in the context of our duties to the players, to our community and to the broader UK public as a British sporting institution. We have also taken into account guidance set out by the UK Government specifically in relation to sporting bodies and events.”

It continues, “Given the profile of The Championships in the United Kingdom and around the world, it is our responsibility to play our part in the widespread efforts of Government, industry, sporting and creative institutions to limit Russia’s global influence through the strongest means possible.”

Next, the statement reads, “In the circumstances of such unjustified and unprecedented military aggression, it would be unacceptable for the Russian regime to derive any benefits from the involvement of Russian or Belarusian players with The Championships.”

Finally, they announced, “It is therefore our intention, with deep regret, to decline entries from Russian and Belarusian players to The Championships 2022.”

The All England Club Chairman Ian Hewitt justified the decision stating, “We recognise that this is hard on the individuals affected, and it is with sadness that they will suffer for the actions of the leaders of the Russian regime.”

He added, “We have very carefully considered the alternative measures that might be taken within the UK Government guidance but, given the high profile environment of The Championships, the importance of not allowing sport to be used to promote the Russian regime and our broader concerns for public and player (including family) safety, we do not believe it is viable to proceed on any other basis at The Championships.”

According to Insider, Djokovic reacted to the announcement while participating in the Serbian Open saying, “I will always condemn war, I will never support war being myself a child of war.”

He continued, “I know how much emotional trauma it leaves. In Serbia we all know what happened in 1999. In the Balkans we have had many wars in recent history.”

“However, I cannot support the decision of Wimbledon, I think it is crazy. Players, tennis players, athletes, they have nothing to do with it. So when politics interferes with sport, it doesn’t turn out well,” he declared.

Djokovic was not the only one to condemn the decision. The governing body of men’s professional tennis, ATP Tour described the move to ban Russian and Belarussian players as a “damaging precedent.”

In a statement they noted, “Our sport is proud to operate on the fundamental principles of merit and fairness, where players compete as individuals to earn their place in tournaments based on the ATP Rankings. We believe that today’s unilateral decision by Wimbledon and the LTA to exclude players from Russia and Belarus from this year’s British grass-court swing is unfair and has the potential to set a damaging precedent for the game.”

“Discrimination based on nationality also constitutes a violation of our agreement with Wimbledon that states that player entry is based solely on ATP Rankings. Any course of action in response to this decision will now be assessed in consultation with our Board and Member councils,” the organization stated.

They further noted, “It is important to stress that players from Russia and Belarus will continue to be allowed to compete at ATP events under a neutral flag, a position that has until now been shared across professional tennis.”

“Taking into account that Russia is a very strong tennis country, our athletes are at the top of world rankings, the competition itself will suffer from their removal,” he pointed out.

Russian Tennis Federation President Shamil Tarpishchev also declared, “I consider this decision to be wrong.” However, he also noted there was “nothing we can do.”

Rublev described Wimbledon’s decision as illogical and discrimination, “The reasons they (Wimbledon) gave us had no sense, they were illogical.”

“What is happening now is complete discrimination against us,” he said. “Banning Russian or Belarusian players….will not change anything.”

“Tennis will, in that case, be the first and only sport who donates that amount of money and it will be Wimbledon so they will take all the glory,” he offered.