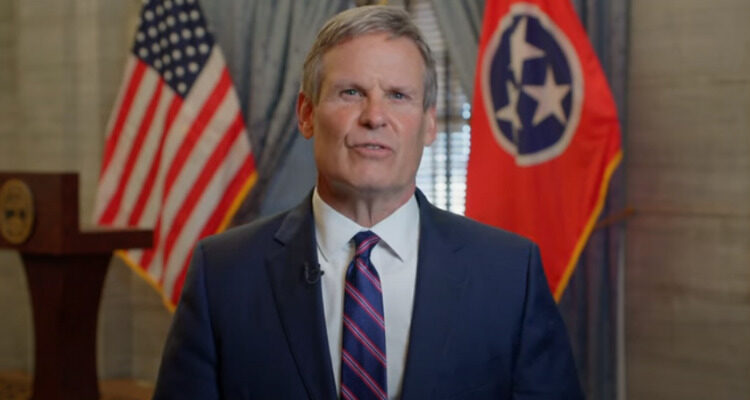 Tennessee Governor Bill Lee signed into law HB 1895 that punishes the state’s local education agencies (LEA) or public school districts if they allow transgender athletes to compete in sports not aligned with their biological sex.

The bill was introduced by District 33 Representative John Ragan in the house with a companion bill introduced by Senator Joey Hensley.  The bill “requires the commissioner of education to withhold a portion of the state education finance funds that an LEA is otherwise eligible to receive if the LEA fails or refuses to determine a student’s gender, for purposes of participation in school sports, by the student’s sex at the time of birth.”

It also notes that it “exempts an LEA that fails or refuses to determine a student’s gender, for purposes of participation in school sports, by the student’s sex at the time of birth if the LEA’s failure or refusal to do so is required by a court or other legally binding order.”

The bill was passed in the house on March 31st with a vote of 66 to 22. It passed the Senator on April 11th with a vote of 26-5 with one senator present and not voting.

Lee signed the house version of the bill on April 22nd.

Lee previously signed a bill last year that requires that “a student’s gender for purposes of participation in a public middle school or high school interscholastic athletic activity or event must be determined by the student’s sex at the time of the student’s birth, as indicated on the student’s original birth certificate.”

The bill was specifically passed and signed into law because “it is unfortunate for some girls that those dreams, goals, and opportunities for participation, recruitment, and scholarships can be directly and negatively affected by new school policies permitting boys who are male in every biological respect to compete in girls’ athletic competitions if they claim a female gender identity.”

That bill requiring students’ sex for athletic competitions being determined by their sex at birth is currently facing a lawsuit brought by The American Civil Liberties Union of Tennessee and Lambda Legal on behalf of 14-year-old Luc Esquivel, a female, who wants to play golf on the boys’ team.

The American Civil Liberties Union of Tennessee claims the the law violates the United States’ 14th amendment claiming the bill “discriminates against [Esquivel] and other transgender students on the basis of their transgender status.”

The ACLU of Tennessee also claims the bill violates Title IX claiming, “Discrimination against students because they are transgender is discrimination based on sex.”

It further adds the bill “denies [Esquivel] and other transgender students the benefits of, and subjects them to discrimination in, educational programs and activities ‘on the basis of sex,’ in violation of their rights under Title IX.”

In a press release announcing the lawsuit, Esquivel’s mother Shelley Esquivel said that the signing of the law “made me, and still makes me, so angry.”

She added, “A mother wants to see their kid happy, thriving, enjoying being a kid. High school sports are an important part of that. I know how much Luc was looking forward to playing on the boys’ golf team.”

“It’s heartbreaking to see him miss out on this high school experience, and it is painful for a parent to see their child subjected to discrimination because of who they are. I’m proud Luc is taking this step, and his father and I are with him all the way,” she stated.

What do you make of this new bill penalizing local education agencies in Tennessee if they do not identify a student’s gender for participation in school sports?