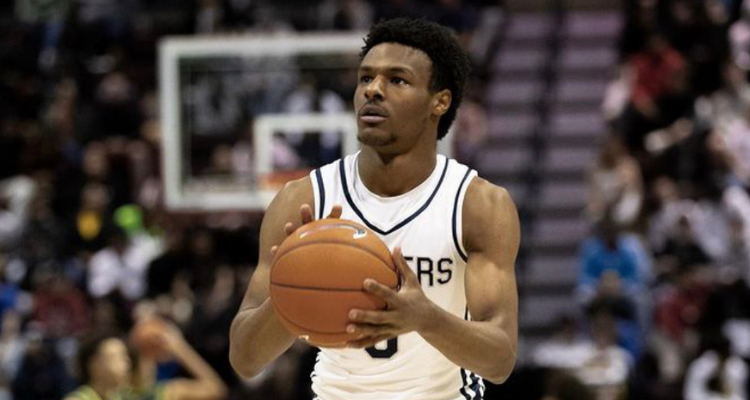 LeBron James’ teenage son, Bronny, was recently targeted online with racist attacks for taking a white girl to a school dance this year, but the group who was targeting him is not who you might expect.

Last week, the 17-year-old son of Lebron attended the school dance with one of his classmates Peyton Gelfuso in Southern California. The happy couple seemed to have enjoyed themselves, however, many black social media users jumped online to heap criticism on Bronny because he didn’t choose a black girl as a date.

‘Black Twitter’ is a social media constituency of Twitter users in the black community who are often accused of promoting black nationalist talking points and often target users based on race, mostly targeting whites and Asians.

When Black Twitter saw the viral photos of Bronny and his prom date, they immediately began to accuse Bronny of not liking black women and racially attacked his date as a “snow bunny,” a derogatory term in the black community for a white woman that date black men.

One user wrote, “Oh wow Bronny. Must’ve been to young to see ‘Get Out'” referring to the 2017 film where a white family targets their daughter’s black boyfriend. 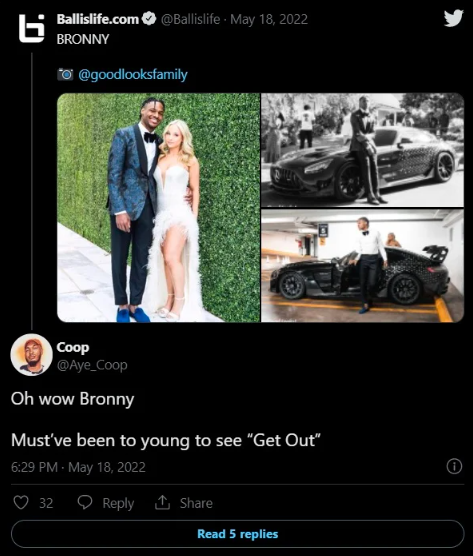 Another wrote, “They done got Bronny too smh.” 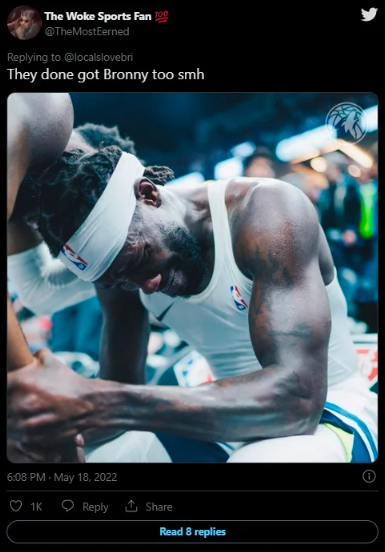 One user wrote, “Bronny James posing with a white girl for prom! Just disgusted. The ‘snow bunny’ crisis is real when it comes to black athletes.” 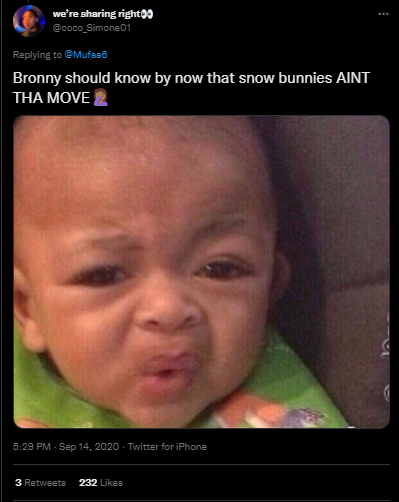 One user wrote, “Welp, on the bright side lebron has more kids maybe they will do better.”

“Dude coulda pluck any dark Dime in LA, but chose not too,” wrote another user.

The former NFL quarterback continued to defend the teen when he ranted in a video message on Instagram.

“Bronny James upset a lot of miserable people tonight because he decided to take a white girl to prom as his date. First of all, it’s 2022. What’s wrong with that? He could take an avatar to prom for all I care,” Griffin said. “Who he chooses is who he chooses. And secondly, it’s giving weird energy that a bunch of grown men and women, 40-year-old men and women, are trying to tell a 17-year-old who they think he should bring to prom.”

“This ain’t got nothing to do with LeBron and Savannah not raising Bronny right,” he said. “The color of the skin of a girl he takes to prom should not matter. Leave these kids alone.”

Griffin was once a target of racist abuse for dating outside of his race. In 2012 on ESPN’s First Take, Rob Parker, a black journalist publicly questioned if RGIII was a “real” black man because he dated white women and allegedly voted Republican.

“My question, which is just a straight honest question: is he a brother, or is he a cornball brother?”

Jason Whitlock of The Blaze has been very vocal in recent weeks calling out the racism and ignorance of “Black Twitter.” Whitlock on his online sports and politics show “Fearless” went as far as to call on potential Twitter buyer Elon Musk to dismantle Black Twitter’s influence over the platform.

“Black Twitter is the online version of the Ku Klux Klan. The enforcement arm of the racist Democratic party political strategy that silences truth, descent, and biblical values with Twitter lynch mobs. There’s no difference between the old White KKK and the new Black KKK. Both groups worked on behalf of the Democratic party. They terrorize Black and White people who did not support the agenda of the Democratic Party,” Whitlock said.

“You can’t improve Twitter and amplify truth on the platform until Black Twitter sleeps with the fishes. If Musk is serious about limiting Twitter’s ability to harm free speech and freedom, he must discover a way to dismantle Black Twitter,” he said.

What are your thoughts on Bronny’s prom date and the hatred stemming from Black Twitter?

NEXT: Tom Brady Challenges LeBron James To A Hockey Shootout