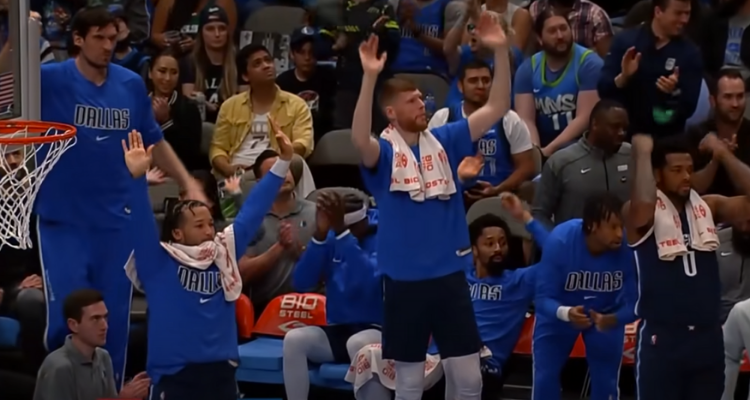 It’s every parent’s worst nightmare. A Dallas family is questioning why it took law enforcement so long to respond after their 15-year-old daughter was abducted from a Dallas Mavericks game at American Airlines Center on April 8, where the team faced off against the Portland Trailblazers.

The girl was missing for 11 days before law enforcement located her at an Extended Stay America hotel in Oklahoma City where they arrested 8 suspects on human trafficking related charges.

The girl’s father reported her missing to police at the arena after his daughter left to use the bathroom and never returned. According to the family’s attorney, Zeke Fortenberry, “the Dallas Police Department never asked for a photo of the daughter.”

The DPD told WFAA Dallas that the arena was searched and video surveillance showed the girl leaving the arena with an unknown male. According to DPD: “Texas Family Code(51.03 b. 3) dictates that missing juveniles are investigated as runaways unless there are circumstances which appear as involuntary such as a kidnapping or abduction. Those cases per code are to be filed where the juvenile resides.”

The father said he was then told to go home where he called North Richland Hills Police. “My daughter was missing in Dallas, this is a Dallas case, but they refused to open a case for her,” the girl’s father said of the DPD.

The DPD told Fox News that, “a report was generated by Dallas Police and Dallas Police assisted the North Richland Hills Police Department (lead agency as that was where the teen resided) and a bulletin about the missing teen was created and went out to the department on April 11, 2022.”

After the family reported the case to the RHPD they sought help from an outside investigator, the Texas Counter-Trafficking Initiative, because they were not happy with how the case was being handled.

“The family was frustrated,” Fortenberry said. “After days of not getting any information from the Dallas Police Department and Dallas Police not taking any action, the family sought out the help of this agency in Houston.”

According to Fortenberry, the Houston-based human trafficking agency was able to use their face-recognition technology to provide new leads in the case. The TxCTI explains on its website that it exists to perform investigations to assist families and law enforcement agencies in the location and recovery of juvenile victims of commercial sexual exploitation.

“That agency was able to help them locate the photograph of their daughter online within the same day,” Fortenberry said.

Those images were handed over to the Oklahoma City Police Department who tried for days to locate her until a tip came into the OKCPD which lead to the arrest of eight suspects and the recovery of the victim.

“We are thankful for the work of the Oklahoma City Police Department and the recovery of our daughter,” the girl’s mother said in a statement on May 5. “My heart breaks for the unimaginable things my daughter had to endure for the 11 days she was taken, and I am so glad she is safe as we work toward her recovery.”

The family is on a mission to understand why the American Airlines Arena, and the Texas police departments involved did not work more quickly to investigate the case. Fortenberry also claims that the male suspect who abducted the girl entered the arena with a counterfeit ticket.

“The systems and organizations involved in this case continually failed the victim,” Fortenberry said. “This victim’s life will forever be changed. We hope to hold accountable those responsible and create change within these organizations so that this never happens to any other child.”

They report, “Gibson is charged with offering to engage in prostitution; Nelson, Hayes and Gonzales are charged with human trafficking and distribution of child pornography; Hill is charged with rape; Gibson and Alexander have felony warrants; and Wheeler has a robbery warrant. ”

The Difference Between a Runaway and an Abduction

According to the National Center for Missing and Exploited Children of the nearly 30,000 reports of missing children that NCMEC received in 2020, 91% were children who ran away. The term runaway can be misleading though, because, all of the children who runaway are extremely vulnerable and may have been groomed online.

The line between runaways and child sexual trafficking victims is a blurry one. Pimps will often forge an intentional relationship with a child or teen which is later used as leverage in their sexual exploitation.

“One in six of the more than 25,000 cases of children reported missing to NCMEC in 2021 who had run away were likely victims of child sex trafficking,” NCMEC states. “Also, 77%
of Endangered Runaways reported to NCMEC were between 15-17 years old.”

In this case, law enforcement may have classified the case as a runaway instead of an abduction due to the surveillance footage showing the girl leaving the arena with one or two adult males. It is unknown why she left with them.

“It’s important to note, there’s no indication right now that this was some kidnapping where someone is grabbed and thrown into a vehicle or something like that,” Gary Knight with the Oklahoma City Police Department said Tuesday. “It’s unclear exactly why she went with these men, but there were apparently two people she left with from the basketball game.”

What do you make of the this teenage girl being abducted and trafficked from a Dallas Mavericks game?

NEXT: Charles Barkley Suggests NBA Players Should Beat Fans At Center Court That Insult Them