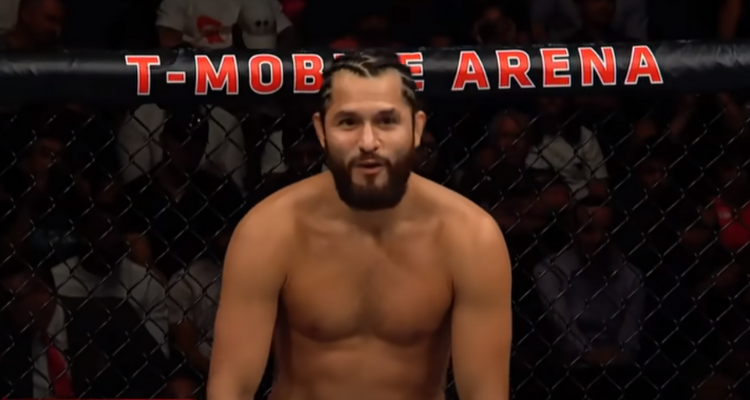 UFC welterweight contender Jorge Masvidal, who most recently lost to Colby Covington at UFC 272 via unanimous decision, recently declared that the “baby formula shortage is manufactured by the Biden administration.”

Masvidal took to Twitter, where he wrote, “Cubans aren’t crazy we just lived it already. Baby formula shortage is manufactured by the Biden administration do the research.”

He added, “Ministry of truth? Wtf. Wake up!”

The baby formula shortage recently made headlines a little less than two months after President Joe Biden claimed that the United States would suffer food shortages.

Back on March 24th, while discussing sanctions on Russia for their invasion of Ukraine, Biden said, “With regard to food shortages, yes we did talk about food shortages. And it’s going to be real.”

He added, “The price of these sanctions is not just imposed on Russia. It’s imposed on an awful lot of countries as well including European countries and our country as well. Because both Russia and Ukraine have been the breadbasket of Europe, in terms of wheat for example.”

Datasembly, a company that provides “an intuitive and comprehensive platform to give users market pricing insights to gain the information needed to make real-life business decisions quicker, smarter, and more efficiently,” reported on May 10th that “for the first week of May the nationwide OOS (out-of-stock) situation for baby formula continues to climb. The nation-wide OOS percentage is now at 43% for the week ending May 8th.”

The company’s CEO Ben Reich explained, “This issue has been compounded by supply chain challenges, product recalls and historic inflation. The category started to see stocking challenges beginning in July 2021, and the situation has continued to worsen into 2022.”

Human Events Daily host Jack Posobiec shared a photo from Target in their formula aisle with a sign that reads, “Due to the industry-wide formula shortage, select formula items and sizes are currently not being produced.”

As noted by Reich, this out of stock rate has been affected by recalls.

Abbott, one of the companies that produces formula, recently recalled a number of their products in February after they received four complaints of infants being infected with Cronobacter sakazakii bacteria. Two of the infants became sick and two passed away from the bacteria.

In order to address these shortages, the Biden administration announced they would be “cutting red tape to get more infant formula to store shelves quicker,” “calling on the FTC and state attorneys to crack down on any price gouging or unfair market practices related to sales of infant formula,” and “increasing the supply of formula through increased imports.”

However, like Masvidal, Florida congressman Kat Cammack believes the Biden administration is partially to blame for the shortage as they have been stockpiling formula and other baby products in warehouses to provide to illegal immigrants.

She told Fox News, “Yesterday, I was on the border myself and the facts on the ground are exactly how we have been stating them.

Last week, I received text messages and photos from Border Patrol agents showing a stockpile of baby formula and there was complete outrage from the White House, and CNN, and other liberal outlets claiming that we were lying.”

“So I decided to go down myself and film it. Lo and behold, not only was there stocked warehouses, but there were multiple stocked warehouses that have been not only filled with baby formula, and diapers, and wipes and clothing, but they have been doing this for months and there’s more en route,” she noted.

Cammack continued, “This just points again to how out of touch this administration is and they could stop this with a simple policy change. And to the Secretary of Transportation’s remarks that they have been on top of this from day one: That is a lie. They canceled 43% of this manufacturer’s production with no plan to backfill that market share that they make up.”

“So, how have they been on top of this? Because moms for months have been saying it was getting harder and harder to find formula. This is just another example of the broken administration that doesn’t know how to govern,” she concluded.

This isn’t the first time that Masvidal has been critical of the Biden administration. Back in January he shared a screenshot detailing that the IRS is taxing payments on transactions through Venmo or other payment apps.

He wrote, “This is what you voted for? At this point even if you voted for Biden you got to start questioning the intentions #impeach”.

Masvidal also tweeted back in November 2020, “The media state has declared Joe Biden the President. I wonder when trump gonna drop the hammer to fix the scorecard?”

What do you make of Masvidal claiming the baby formula shortage is manufactured by the Biden administration? Do you agree or disagree?