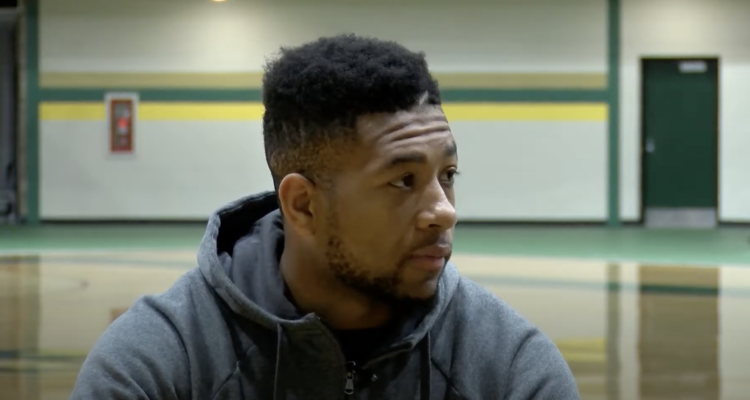 Indianapolis safety Khari Willis announced that he is retiring from the NFL after just three seasons to devote his life to “further the advancement of the Gospel of Jesus Christ.”

Willis’s announced his retirement on Instagram telling his fans, “I’d first like to thank the Indianapolis Colts organization for granting me the opportunity to compete in the National Football League the past three years. I’ve built lifelong relationships with numerous teammates, coaches and support staff that have impacted me greatly. The lessons that I’ve learned in this phase of my life will be valuable for me in my next chapter.”

Willis wanted to reaffirm that he did not come to this decision lightly, stating, “With much prayer and deliberation, I have elected to officially retire from the NFL as I endeavor to devote the remainder of my life to the further advancement of the Gospel of Jesus Christ. I thank all of my family, friends and those who have supported me on this journey thus far and I look forward to your continued support through the next phase of my life. I am both humbled and excited to pursue the holy call that God has for my life which brings me much joy and purpose. Thank you all for your support over the years.”

The 26-year-old Michigan native was drafted 109th overall (4th round) in the 2019 NFL Draft by the Colts. In his three seasons of NFL play, the 5-foot-11, 213-pound Willis racked up 134 hits, 3.5 sacks, 4 interceptions and 1 touch down in 39 games. He also impressed his coaches with his off-field character and leadership.

“We’re thankful and appreciative of Khari’s contributions to the Colts both on and off the field over the last three seasons,” Colts coach Frank Reich said in a statement. “Khari’s character, leadership, and professionalism will be missed in our locker room as will his play on Sundays. I admire and respect his decision to transition into the next stage of his life and ministry and my prayers will always be with him.”

In his rookie season, Willis took over for Clayton Geathers as the starting strong safety and finished that season third overall in tackles for the Colts.

“He’s quick and explosive, he’s a good tackler and plays well in space,” Colt’s defensive coordinator Matt Eberflus told the Indianapolis Star in 2020. “He’s just been special since he’s been here, just to be frank. We’re so excited to have him. Our scouting department did a great job finding a young man like him and the character that he has.”

Willis’ faith was passed down to him by his parents, John and Linda Willis. John Willis is a community organizer and outspoken Christian and raised his ten children to follow his own faith.

The example that Willis saw in his parents helped steer him in a better direction with his own life. Perhaps his decision to leave the NFL is just the next step down that path in his own personal journey. Even back in 2014, Willis’ father was certain his son would be a good football player and an even better example for others off the field, as he shared with MLive.

What do you think of Willis’ decision to retire early?