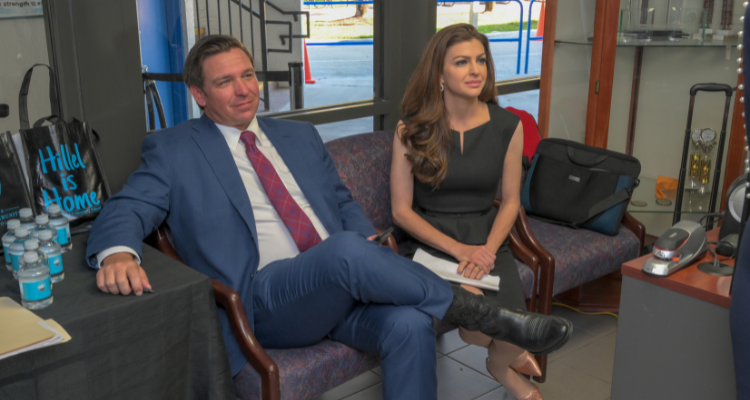 Florida Governor Ron DeSantis vetoed legislation Friday that was earmarked for a $35-million-dollar practice facility for the Tampa Bay Rays just days after the MLB team made public statements in favor of increased gun control. The Rays also made a $50k donation to the Everytown for Gun Safety support fund, a gun control lobbying group.

In response to the Buffalo supermarket shooting and the Uvalde school shooting the Tampa Bay Rays took to Twitter to voice their frustration over the unnecessary violence.

“In lieu of game coverage and in collaboration with  New York Yankees, we will use our channels to offer facts about the impacts of gun violence. The devastating events that took place in Uvalde, Buffalo and countless other communities across our nation are tragedies that are intolerable,” The team tweeted.

The Rays posted eight more gun violence stats including one with the woke term “latinx.”

The Rays concluded their ant-gun, anti Second Amendment tirade with its commitment to “actionable change” in the form of a donation to a gun control lobbyist.

“This cannot be normal,” The Rays tweeted. “We cannot become numb. We cannot look the other way. We all know, if nothing changes, nothing changes. The Rays organization stands committed to actionable change and has made a $50,000 commitment to Everytown for Gun Safety’s Support Fund. We understand that no single organization can solve this crisis alone, but working together, we can make an impact.”

On Friday DeSantis signed a $109.9 billion dollar budget for Fiscal Year 2022-2023 but he vetoed over $3 billion dollars in proposed spending — including the $35 million dollars ear-marked for a new spring training facility for the Tampa Bay Rays located in Pasco country. That project is listed on page 10 of the items DeSantis vetoed.

In a press conference on Friday DeSantis explained that he eliminated the funding because, “I don’t support giving taxpayer dollars to professional sports stadiums.”

“At the end of the day that was just the decision that was going to be made,” DeSantis said. “Now, companies are free to engage or not engage with whatever discourse they want, but clearly it’s inappropriate to be doing tax dollars for professional sports stadiums. It’s also inappropriate to subsidize political activism of a private corporation. Either way, it’s not appropriate.”

DeSantis concluded the matter by explaining that funding the practice facility would not have been a prudent use of tax dollars.

“What we try to do with these projects, you know, is doing things that are really benefiting the community as a whole more so than maybe one specific interest or one specific company,” DeSantis said.

However, Outkick reports that sources inside the budget discussion said the Rays’ political gun control posts influenced the final decision to cut that line item from the budget.

The Tampa Bay Rays have not commented on the Governor’s budget decision. If the Ray’s political statements did in fact influence the final decision on the project funding, it would not be the first time DeSantis has acted to curb private corporations’ involvement in political matters.

What do you make of DeSantis cutting out funding for the Rays’ spring training facility?