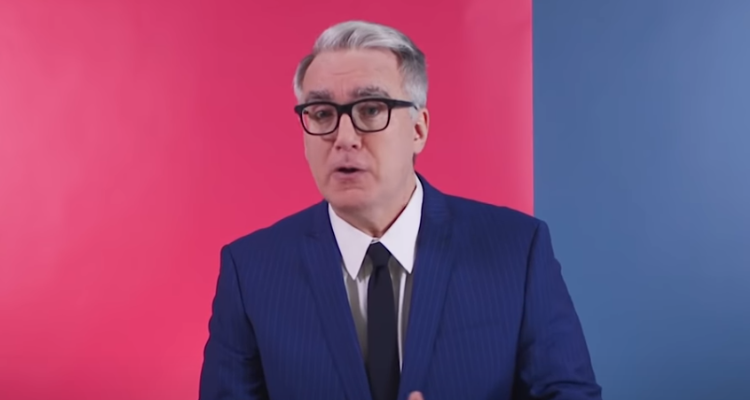 Former ESPN host Keith Olbermann calls for Washington Commanders Defensive Coordinator Jack Del Rio to be banned from the NFL for his comments about the riot on January 6th.

Del Rio found himself in hot water when he simply questioned on Twitter, “Would love to understand the ‘whole story’ about why the summer of riots, looting, burning, and the destruction of personal property is never discussed but this is ??? #CommonSense.”

RELATED: Washington Commanders Defensive Coordinator Jack Del Rio Questions Why “The Summer Of Riots, Looting, Burning, And The Destruction Of Personal Property” Is Not Discussed

Del Rio would eventually apologize, ““I made comments earlier today in referencing the attack that took place on the United States Capitol on January 6, 2021. Referencing that situation as a dust-up was irresponsible and negligent and I am sorry.”

Before the apology was issued, Olbermann called for Del Rio to be banned.

He wrote, “The first outright 1/6 Denier in sports works – almost inevitably for the Washington Commanders of the infamous Dan Snyder.”

“If the team won’t fire defensive coordinator Jack Del Rio the NFL has to ban him. You can’t have a deranged person like this in management of a DC team.”

Olbermann continued to call for Del Rio to be fired and banned from the NFL.

He wrote on Twitter, “Good God, there’s video. NFL, you have to ban Jack Del Rio TODAY. Enough of these ‘it was a dust up’ fantasizers, 1/6 deniers, defenders of sedition and bulls**t.”

He then described Del Rio as the “worst person in the world.”

He wrote, “Our Gold: Jack Del Rio, future Ex-Defensive-Coordinator of your DC Commanders. A rare NFL triple play: 1. Tweets 1/6 Denialism 2. Refers to coup as a ‘dust-up’ 3. Issues non-apology apology somebody else wrote.”

Del Rio would eventually be fined by Commanders head coach Ron Rivera $100,000 for his comments. However, this was not enough for Olbermann.

He wrote, “Nice. Insufficient. Fire Jack Del Rio today. Let this benighted franchise – for once – do the right thing. #DustUp.”

Olbermann has previously tweeted in favor of Black Lives Matter despite them burning and looting multiple cities throughout the United States in 2020.

He wrote back in October 2021, “Possibly because BLM is an attempt to make an inclusive, less racist world, and you LGBrandon a**holes are just treasonous slime and Claremont Karens?”

What do you make of Olbermann’s call to have Jack Del Rio banned for expressing his comments about January 6th and asking a question about why the BLM riots of 2020 are not getting as much attention as the January 6th riot?