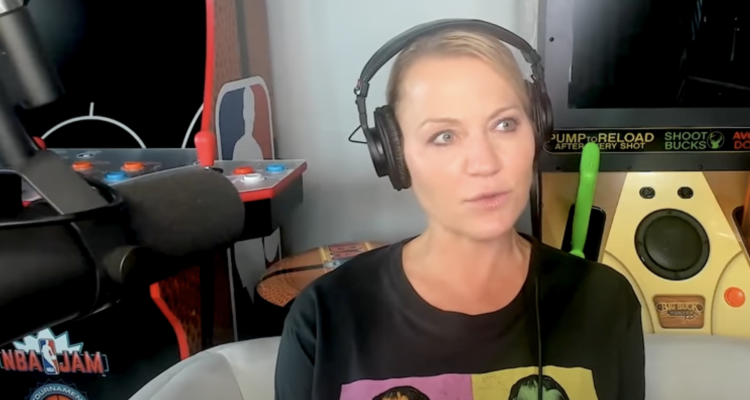 Jealousy seems to bring out the worst in people, and former commentator and host Michelle Beadle doesn’t seem to be an exception to that. Who is Beadle taking issue with? Of all people, Tampa Bay Buccaneers QB and future Fox Sports analyst, Tom Brady.

Beadle on a recent episode of her podcast decided to go after Tom Brady’s contract to work exclusively with Fox Sports, not understanding how the NFL legend managed to secure a $375 million dollar deal upon his eventual retirement from the sport.

During her show, Beadle pressed former ESPN contributor Bob Ley on how anyone could justify such a substantial amount of money. Just to set the stage again, she is confused as to why seven-time Super Bowl champion and football legend Tom Brady, who on Twitter alone has close to three million followers and name recognition around the globe, could demand such a large sum.

Somehow, someway, despite having made her professional career analyzing and commentating on the world of sports, she doesn’t understand why any network would spend that astronomical amount of money to secure him.

“The $375 million media deal that Tom Brady (received) – that is asinine,” Beadle said. For reference, Beadle’s contract with ESPN in 2019 was $5 million.

Unlike Beadle, Ley wasn’t bandwagoning on criticisms of Brady’s contract. Ley pointed out that there are few figures in the world of sports who could bring in anywhere near the number of potential viewers to watch the network as Brady can. “The person hasn’t been born that will drive, consistently over time, that will drive you to watch a sporting event,” Ley remarked.

“I mean, I don’t even know what that dude’s ever said that has made me go ‘huh, I can’t wait to hear more of that,'” Beadle quipped. “George Clooney could be naked, juggling, talking about football and I’m still not gonna be like, ‘yup, that was worth $275 million.'”

Brady recently remarked how he would perhaps be looking to retire sooner than later, potentially after his next season with the Tampa Bay Buccaneers. Brady’s longtime friend, Rob Gronkowski, who went from playing with Brady on the New England Patriots to going with him to join the Buccaneers several season ago, announced his retirement from the NFL a few weeks ago.

The Buccaneers will return to the field to train for this upcoming season on July 27th.