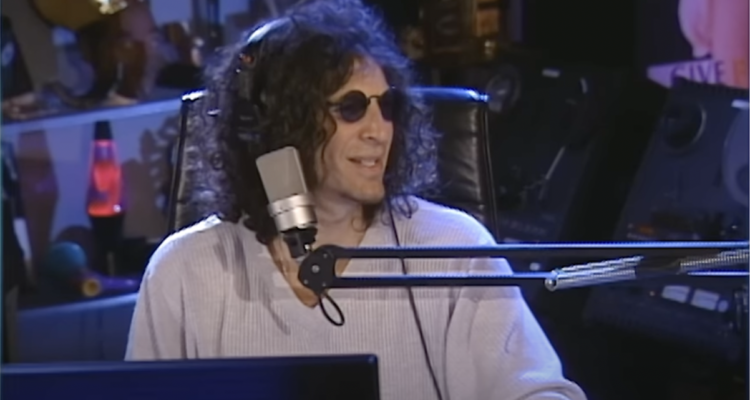 There is a civil war happening right now between high-profile golf tours.

The PGA Tour, which has been the biggest game in town for a number of decades, is now being threatened by a new challenger with deep pockets. The LIV Golf Tour is a group founded by Public Investment Fund, which is controlled by the Saudi Arabian government, and since since their inception they have been able to bring on some major players in the golf world.

Big-name golfers such as Phil Mickelson, Dustin Johnson, and Sergio García have signed on to be a part of the LIV Tour. Since joining the Saudi-backed tour however, media personalities from all outlets have come out and condemned the golfers for joining the Saudi-owned group.

Radio host Howard Stern took to his show to slam Phil Mickelson and others for their participation in the Saudi-backed LIV Tour. “They’re selling out,” Stern said on his SiriusXM show.

Stern went further to call the Saudi government “pieces of s***” for using their wealth to make an impact on the world stage.

“They’re real pieces of s*** and they got a lot of money so it allows them to be pieces of s*** on a big level. Normally, if they didn’t have oil there, you wouldn’t hear from these guys, you’d never know what they believe, they’d be talking to a sheep and a camel.” Stern Said.

“But they, unfortunately, have so much money that they can spread their diseased brain power all over the world and now they wanna start a golf tournament, not a tournament, a league,” he added.

Over the last few years, the Saudi Government has established deals with major boxing promotions such as Matchroom Boxing as well as establishing two massive events a year with World Wrestling Entertainment (WWE).

The Saudis have also tried to purchase an English Premier League soccer team but have failed after two attempts.

Mickelson reportedly joined the LIV Tour for $200 million, resulting in his suspension from PGA Tour for his participation. Last week, The PGA Tour has suspended all 17 pro golfers who signed on to play in the LIV golf league. The PGA Tour maintains that all 17 players who announced participation in the new league will be ineligible to play in any PGA tournament or the President’s Cup.

“These players have made their choice for their own financial-based reasons,” the PGA Tour states.

“But they can’t demand the same PGA TOUR membership benefits, considerations, opportunities and platform as you. That expectation disrespects you, our fans and our partners,” PGA Tour Commissioner Jay Monahan continued in the letter.

“You have made a different choice, which is to abide by the Tournament Regulations you agreed to when you accomplished the dream of earning a PGA TOUR card and more importantly to compete as part of the preeminent organization in the world of professional golf.” The letter also notes that any future golfer who jumps to the LIV league will face a similar suspension from the PGA.

Progressives in the media have attacked the Saudi Arabian government for the 2018 killing of Jamal Khashoggi who was a journalist covering the Saudis. Saudi Arabia is also one of the many middle eastern countries that outlaw LGBT propaganda and executes members of the LGBTQ community in their country.

However, the left-wing opposition to Saudi Arabia is hypocritical. Before the killing of Jamal Khashoggi, media giants such as The Walt Disney Company and others in Hollywood attempted to cut deals with Mohammed bin Salman, the crown prince of Saudi Arabia recently in hopes that the country would make up for the financial loss that came from the Chinese Communist Party after backing away from their original investment in US media worth billions.

The Saudi Royal family visited Los Angeles in 2018 with hopes of making financial inroads into the American entertainment industry. WME, one of Hollywood’s most powerful talent agencies and the current owners of the Ultimate Fighting Championship (UFC), almost agreed to a $400 million dollar deal that would have given the Saudi government as much as 10% ownership of the company.

Critics of the LIV Golf Tour have gone as far as to demand that the players involved apologize to 9/11 attack victim’s families for their participation in the event.

What are your thoughts on the battle between the LIV and PGA tours?