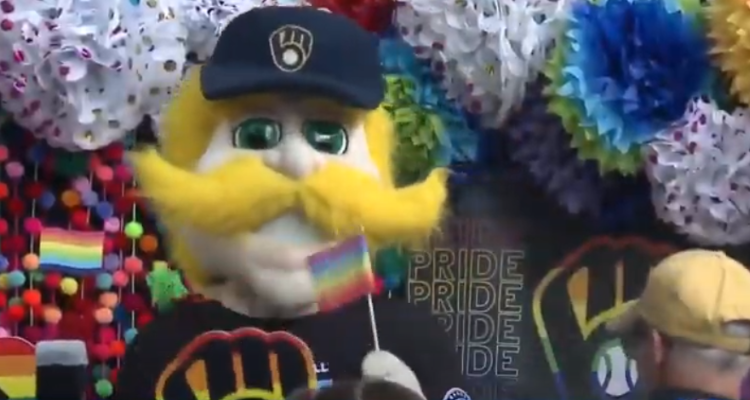 Their stadium might be called American Family Field, but with Pride Month in full gear, the Brewers might want to throw that “Family” part of the name aside after recently hosting a 21 and over pre-game drag show during their recent Pride Night.

Critics such as Wisconsin-based radio host Dan O’Donnell have openly called the event inappropriate and not family-friendly.

O’Donnell wrote on Twitter, “This is who the Milwaukee Brewers are having perform in their pregame drag show tomorrow night. To say the performance is not family-friendly is, um, an understatement.”

Aurora Health Care, who sponsored the June 8th Pride Night, said in a statement to Fox 6 that the event was part of their commitment to promoting “inclusivity and advancing health equity in our communities.”

Other than the drag show, fans who attended Wednesday night’s match were also provided with Pride themed “backpacks, pride flags and photobooth.”

Not everyone attending that night was excited to know a drag show performed by “DJ Drip Sweat,” “Dora Diamond,” “Beth Anne Bodyworks,” “Dita Von,” and “Marbella” was occurring at a place one would think would be appropriate to bring children too.

You can see drag queen Dora Diamond’s performance below and determine whether you’d want to take your kids to the same place this was occurring at.

Numerous Brewers fans took to social media social to express their displeasure that this performance would be occurring prior to the game.

“Baseball games use(d) to be a place you could take your kids,” said one fan.

Another fan took his disapproval to the next level commenting, “I have been a lifelong Brewers fan. I’m done with them.”

Twitter user Bubblebathgirl wrote, “Why are the Milwaukee Brewers having a pregame drag show tomorrow night — how is that family-friendly?”

As a result of the public backlash prior to Pride Night, the Milwaukee County Board of Supervisors decided to double-down and accuse conservative commentators who spotlighted the drag show as “fringe political pundits” in a press release.

“Communities support and advocate for local private businesses, especially when those private businesses seek to grow their revenues by attracting new audiences and customers,” the statement read. “Now, some fringe political pundits are bashing our Milwaukee Brewers for hosting a Pride Night to engage and celebrate the LGBTQ+ community and their allies, friends and neighbors.”

What is your take on this situation? Appropriate for family venues or a crossing a line?