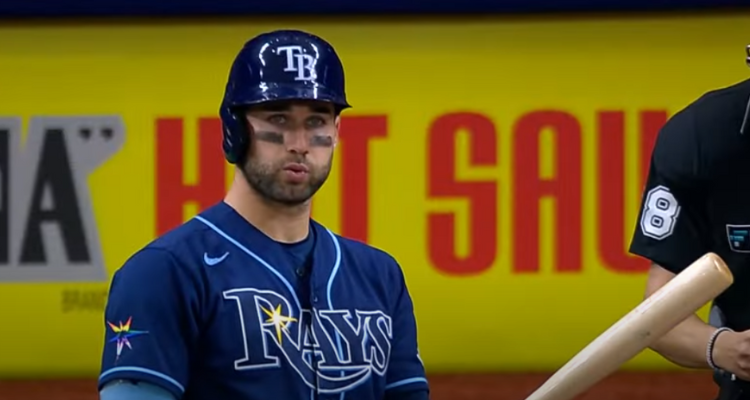 Major League Baseball has seen the league celebrate the LGBTQ community through Pride Nights especially during the month of June, that activists describe as Pride Month. However, at a recent Pride Night for the Tampa Bay Rays several players refused to participate.

Jason Adam, Jalen Beeks, Brooks Raley, Jeffrey Springs, and Ryan Thompson opted not to wear the patches as part of the team’s annual “Pride Night” on Saturday that recognized the LGBTQ community.

Tampa Bay Rays manager Kevin Cash after Sunday’s game against the visiting Chicago White Sox said he doesn’t think their decision will negatively affect the team because the team has already had discussions over the past few weeks that were constructive and emphasized the value of differing perspectives.

“First and foremost, I think the organization has done a really good thing to have Pride Night’s supporting our gay community to come out and have a nice night at the ballpark,” Cash said.

He added, “Impressed that our players have had those conversations and we want to support our players that choose to wear or choose not to wear to the best of our capabilities.”

Reliever Jason Adam was among those who opted out, explaining, “A lot of it comes down to faith, to like a faith-based decision.”

“So it’s a hard decision. Because ultimately we all said what we want is them to know that all are welcome and loved here,” he said. “But when we put it on our bodies, I think a lot of guys decided that it’s just a lifestyle that maybe not that they look down on anybody or think differently it’s just that maybe we don’t want to encourage it if we believe in Jesus, who’s encouraged us to live a lifestyle that would abstain from that behavior, just like Jesus encourages me as a heterosexual male to abstain from sex outside of the confines of marriage. It’s no different.”

In 2020, the minor leagues had planned on having a staggering 81 teams hosting 85 Pride Nights but those plans changed during the Coronavirus outbreak.

Speaking with Outsports, Pereira explained the massive increase in the Pride Nights given there were only 20 back in 2017.

“I think there was a little bit of trepidation initially with some clubs. Like, ‘Does this make sense? We’re more rural, we’re more southern, we’re more conservative.” Pereira said.

He added, “There weren’t any markets that had any issues with Pride Nights. Particularly, it was some of the more rural conservative ones that actually did better. And that’s because in those markets, the community might not always feel seen. It might not always have those opportunities where they can go out and celebrate being their authentic selves.”

For Pereira’s efforts to bring more LGBTQ PRIDE events to baseball, he was placed on BEQ Pride Magazine’s Forty LGBTQ Leaders Under 40 Class of 2020.

What do you make of these players not participating in the Pride Night by not wearing the patches?