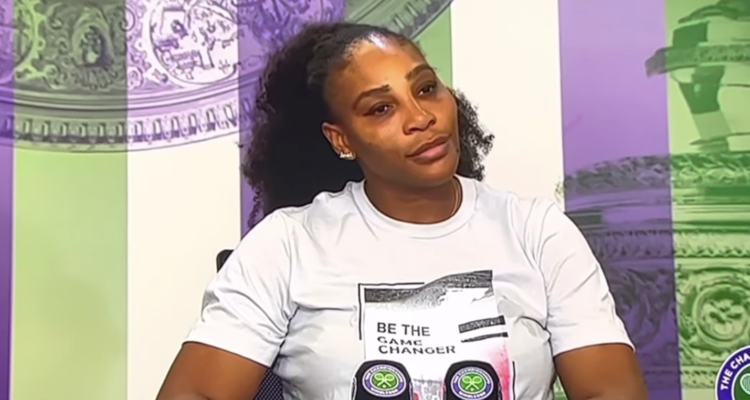 Serena Williams was flying high and the expectations for her performance at Wimbledon 2022 were even higher, which makes her first match loss all the more disappointing, especially since this marks her first loss in a full year.

The 40-year-old tennis legend came within two points of winning against French tennis player Harmony Tan, the 115th ranked women’s singles player who without a doubt shocked many since it was her first time competing at Wimbledon. The match ended 7-5, 1-6, 7-6 (10-7) after three highly intense hours.

“For my first Wimbledon — it’s wow. Just wow,” said Tan, who was still stunned by her victory over the women’s tennis icon during her on-court interview.

Williams isn’t making excuses though, even though she could make some valid ones when you examine her serious recovery over the past year from some pretty hefty injuries. Williams maintained her poise and class and refused to carry a poor attitude.

Williams retired last year after slipping and injuring her leg during a match with Aliaksandra Sasnovich during Wimbledon 2021. Williams didn’t blame the injury for her performance against her younger French opponent.

“Physically I was fine,” Williams said to the press. “Last couple points I really started to fill it [the injury]. But I’m moving well, I’m getting a lot of balls back. I’m moving well in practice.” She continued, “That wasn’t surprising for me because I knew I was doing that well. I didn’t practice for, you know, a three-hour match. I guess that’s where I went wrong.”

“Who knows where I’ll pop up,” Williams told reporters who asked what her next plans were. “The US Open — that being the first place I’ve won a grand slam — is something that’s always super special.”

Williams added that, “Your first time is always special. There’s definitely lots of motivation to get better and to play at home.”

What do you think the future holds for Williams’ next opportunity on or off the court?
Type to search or hit ESC to close
See all results