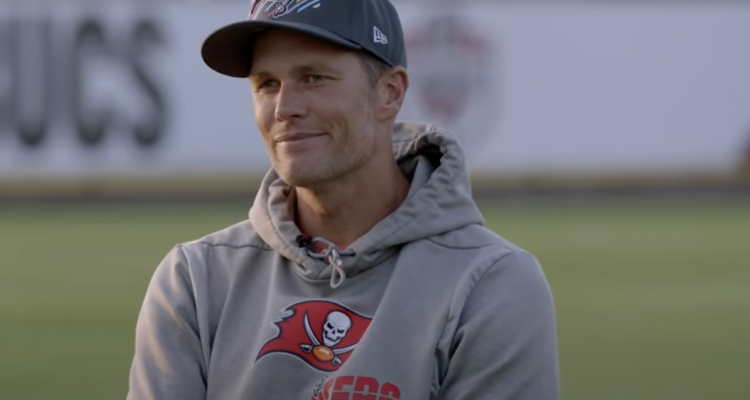 Football fans are once again wondering how many more seasons Tampa Bay Buccaneers quarterback, Tom Brady, has left in him after some curious remarks were made during an appearance on the “Dan Patrick Show.”

"Time went by and you just get super competitive. I think I'm part crazy."

–@TomBrady shares why he decided to come out of retirement. And discusses his mind set with transitioning to the booth after his career on the field is over #Bucs

“I had the appetite to compete and it’s gonna be gone soon,” said Brady, who is in his third season with the Buccaneers, making it his 22nd season with the NFL in total. “I mean, there’s no doubt about it. I gotta just really appreciate the time I have left, because it’s not a lot.”

This insight from Brady shouldn’t be too much of a surprise however. Brady will be turning 45-years-old this August and has competed in nine Super Bowls, winning six of them. It makes sense he’s getting to a point where he physically and emotionally is just running out of steam.

However, this isn’t the first time Brady had teased potentially leaving football for good. In February of this year, Brady announced he was actually retiring from the sport. Forty days later, he announced his change of mind and signed on for his 23rd season, once again returning to play with the Buccaneers.

For Tampa fans worried that Brady’s enthusiasm is running empty this season, don’t worry. Brady stated firmly that he was still “super competitive” and “part crazy” in his decision to return to Tampa. However, whether this may or may not be his last dance is entirely up in the air as fans speculate what his future will be as this season eventually ends.

David Hookstead, Sports and Entertainment Editor at the Daily Caller, said in a recent column regarding Brady’s statement that, “One of the things I like most about Brady is that he’s a very honest and open guy.”

“He’s authentic, and that’s about as rare as a unicorn sighting these days,” Hookstead continued, “You never really have to wonder what he’s thinking because he’ll simply tell you.”

Brady is currently coming off hot from what is being described as one of the best seasons of his career. In the 2021 season, Brady led the league in total touchdowns (43) and passing yards (5,316). He was also the runner up to Green Bay Packers’ QB Aaron Rodgers who was voted NFL MVP.

When Brady decides to eventually retire for good, he still won’t be far away from the football scene. This year, he had signed a 10-year $375 million deal with Fox Sports to be a lead analyst. When that day comes however, is entirely up to him.

What do you think? Do you think Tom Brady will continue to play after this season?