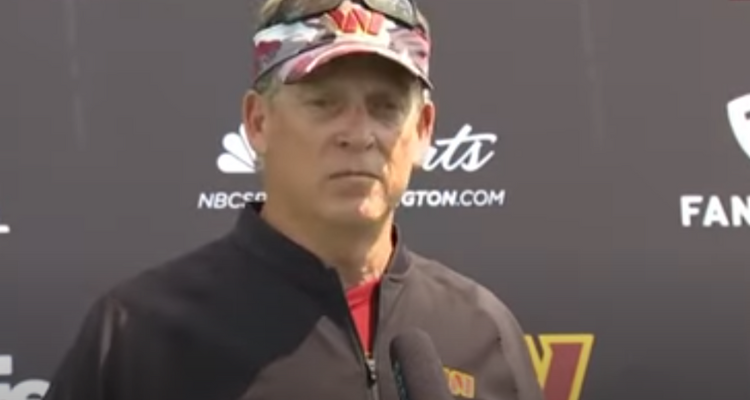 Del Rio described the riot as a dust-up while addressing the media in regards to his recent tweets questioning “why the summer of riots, looting, burning and the destruction of personal property is never discussed.”

Del Rio has now issued an apology for his description of the January 6th riot as a dust up.

He posted to Twitter, “I made comments earlier today in referencing the attack that took place on the United States Capitol on January 6, 2021. Referencing that situation as a dust-up was irresponsible and negligent and I am sorry.”

While he apologized for describing the riot as a dust up, he did double down on his condemnation of the riots that raged across the country in the summer of 2022. He added, “I stand by my comments condemning violence in communities across the country. I say that while also expressing my support as American citizen for peaceful protest in our country.”

What do you make of Jack Del Rio’s apology, but also his doubling down on the condemnation of violence?

NEXT: Washington Commanders Defensive Coordinator Jack Del Rio Questions Why “The Summer Of Riots, Looting, Burning, And The Destruction Of Personal Property” Is Not Discussed