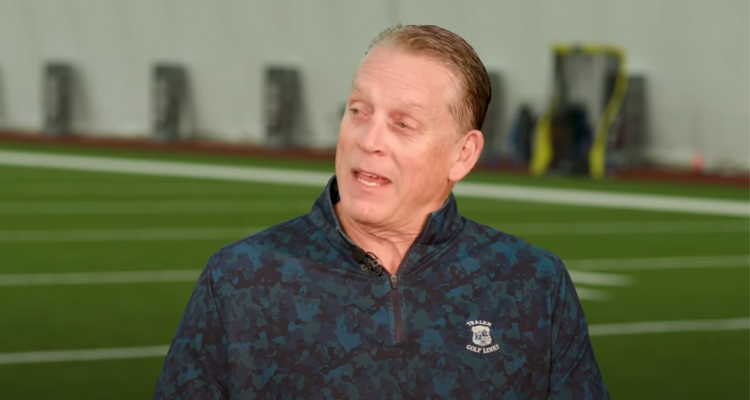 After receiving a $100,000 fine for his comments regarding the January 6th riot, Washington Commanders Defensive Coordinator Jack Del Rio has deleted his personal Twitter account. The punitive fine was issued at the order of Coach Ron Rivera, who called Del Rio’s opinion “extremely hurtful to our great community in the DMV.”

Commentators and sports fans noticed Del Rio had deleted his Twitter the following Saturday after the fine had been issued.

OutKick founder and radio host Clay Travis tweeted, “Jack Del Rio was fined $100k for merely asking why the January 6th riot, which was far less deadly, destructive, & injurious than the BLM riots is being obsessively investigated while there are no investigations at all into the hundreds of BLM riots.”

Travis added, “I’ve been arguing for years that all rioters, regardless of political motivations, should be charged & prosecuted for rioting. I still am. But it’s amazing how many will excuse rioting if it’s being done by people who share their political beliefs.”

Earlier in the week, conservatives had been praising Del Rio for his view of how the media had been approaching the Jan. 6 hearing.

Former Trump appointee to the National Security Education Board, Dr. Sebastian Gorka, posted a video of Del Rio’s remarks, stating “Jack Del Rio is RIGHT!” continuing “and THAT is why they are trashing him.”

…and THAT is why they are trashing him. pic.twitter.com/FwwQ0XgXeJ

After the deletion of his account, some of his supporters saw that as the ultimate sign of trying to backtrack, especially after the formal apology days earlier.

“So Jack Del Rio has deleted his Twitter account. Just goes to show how SOFT he truly is,” one fan said.

The controversy began when Del Rio responded to a tweet from Brookings Institute Senior Fellow Norm Eisen, questioning why the George Floyd inspired riots of 2020 have received less attention and vitriol compared to the events that transpired in Washington D.C. on January 6th, 2021.

Del Rio initially responded to the online backlash to his questions and comments when bombarded by the media by defending himself, “What did I ask? A simple question,” he said. “Why are we not looking into those things if we’re gonna talk about it? Why are we not looking into those things?” He also pointed out the stark difference between the massive rioting and destruction of private property that occurred throughout the country in 2020 compared to the overall damage and results of what occurred at the U.S. Capital.

“And then we have a dust up at the Capitol. Nothing burned down,” he pointed out. “And we’re going to make that a major deal. I just think it’s kind of two standards.” The “dust up” phrase is what ultimately the media used to target Del Rio more intensely, eventually causing him to cave and issue an apology.

In a post made to his now-deleted Twitter, Del Rio stated, “I made comments earlier today in referencing the attack that took place on the United States Capitol on January 6, 2021. Referencing that situation as a dust-up was irresponsible and negligent and I am sorry.”

NEXT: Former ESPN Host Keith Olbermann Calls On The NFL To Ban Jack Del Rio “Get That Son Of A B**** Off The Field”