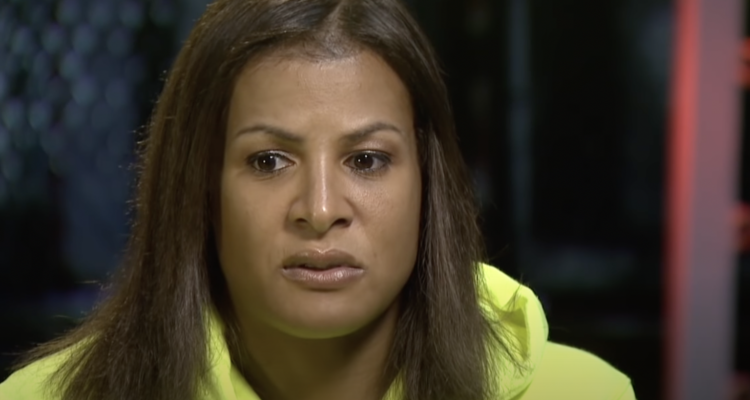 The BBC was pressured into issuing an apology after interviewing controversial transgender MMA fighter Fallon Fox, who previously had posted online about enjoying inflicting pain upon opponents who were openly critical of the inclusion of trans athletes in women’s sports.

The situation that spurred the apology into motion occurred after a report from The Telegraph exposed a harmful agenda within the British broadcaster to further infuse transgender policies and agendas into the outlet’s journalism.

According to The Telegraph, Fox had previously boasted about inflicting intentional harm upon opponents who were “TERFs,” an acronym which stands for Trans Exclusionary Radical Feminists, essentially meaning women who don’t believe women’s rights and feminist causes extend to biological men who seek to live as women.

On Twitter, Fox spoke of several of these “TERFs.” “For the record, I knocked two out,” Fox said. “One woman’s skull was fractured, the other not. And just so you know, I enjoyed it. See, I love smacking up TERFS in the cage who talk transphobic nonsense. It’s bliss! Don’t be mad.”

The woman who’s skull was fractured which Fox was referring to was Tamikka Brents at Capital City Cage Wars in 2014. Fox beat Brents, a biological female, in around two minutes resulting in her suffering a fractured skull. The fight only stopped when the referee jumped in to stop it.

The apology from the BBC finally came about after Fair Play For Women, an organization which advocates for the rights of female athletes, wrote to BBC executives that their decision to interview a trans athlete who has a history of hostility towards female athletes was out of line.

BBC responded to the organization’s letter, stating that they were “unaware of previous comments made by Fallon Fox,” and if they had been, “we would have conducted the interview differently.”

“We have discussed your concerns with the team responsible and we’d like to apologize for this oversight,” the BBC concluded.

Dr. Nicola Williams, who is the director of Fair Play For Women, responded that “If you knew Fallon Fox was a trans fighter, you’d also know what Fallon Fox had said.”

Williams called out the BBC even further, stating that they either did no research at all or didn’t care to do so in the first place. She told The Telegraph, “This apology means nothing unless they also issue an on-air clarification – they must do due diligence on this topic by bringing on true experts, not just trans people for the sake of it.”

After the apology had been made, Fox lashed out on Twitter, posting “I’ve been under attack from British media lately” and that the BBC’s apology was “ridiculous.”

In an interview with the Los Angeles Blade regarding the situation, Fox said “They frame it as I’m a ‘transgender athlete who boasted of violence against women’ as if I was talking about fighting all women in the MMA cage. I specifically mentioned TERFs. And I had good reason to call them that and feel that way about it. Especially since our jobs were to actually try to beat each other up.”

Do you feel that the BBC’s apology on this matter was sincere?