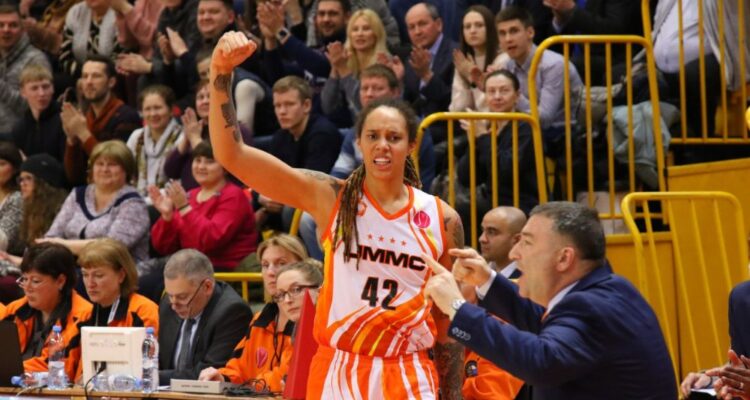 TIME Magazine revealed their new cover featuring the WNBA’s Brittney Griner framing her as a victim.

The cover features a picture of Griner with the words, “Brittney Griner and the fight for freedom.”

While TIME attempts to portray her as a victim and the United States government under President Joe Biden’s leadership has also claimed she’s been “wrongfully detained,” Griner plead guilty to her crimes.

After being detained in Russia on drug possessions charges, she told a Russian court, “I’d like to plead guilty, your honor. But there was no intent. I didn’t want to break the law.”

Griner also claimed she didn’t know how she came into possession into the drugs saying, “I still don’t understand to this day how [the drugs] ended up in my bags.”

She added, “With them being accidentally in my bags, I take responsibility, but I did not intend to smuggle or plan to smuggle anything into Russia.”

However, Griner’s defense argued that she was using the illegal marijuana for medical purposes with NBC News reporting her lawyer said, “With the prescription in place, Brittney may have used it for medical but not recreational purposes.”

Rhodes Rants of YouTube channel Black & White Sports commented on the TIME Magazine cover saying, “Well, only in 2022, in this day and time could we possibly imagine that a magazine like TIME magazine would release a cover in celebration of a WNBA player that is currently incarcerated or detained in Russia right now for having broke one of Russia’s law. Self-admittedly broke one of Russia’s laws.”

He added, “So this person is literally a criminal in another country at least by their terms, allegedly, always got to throw that in there. Only in this day and time would that be some kind of draw of celebration in this country.”

“In this country she has become somehow, someway a hero,” he laments. “We are truly living in bizarro world. So what does heroes get? And I use that term very loosely. They get TIME Magazine covers now. Something that was given to actual accomplishments and actual heroes in this country has now become a mainstream legacy, full blown virtue signaling s**tshow.”

The United States government has reportedly offered to trade convicted arms dealer Viktor Bout for Griner and former Marine Paul N. Whelan, who was accused and convicted of espionage charges by Russia.

The New York Times reported, “The Biden administration has offered to free the imprisoned Russian arms dealer Viktor Bout to secure the release of Brittney Griner and Paul N. Whelan, two Americans imprisoned in Russia who the State Department says were wrongfully detained, according to a person familiar with the negotiations.”

CNN also reported, “After months of internal debate, the Biden administration has offered to exchange Viktor Bout, a convicted Russian arms trafficker serving a 25-year US prison sentence, as part of a potential deal to secure the release of two Americans held by Russia, Brittney Griner and Paul Whelan, according to people briefed on the matter.

What do you make of Brittney Griner being featured on the cover of TIME magazine?