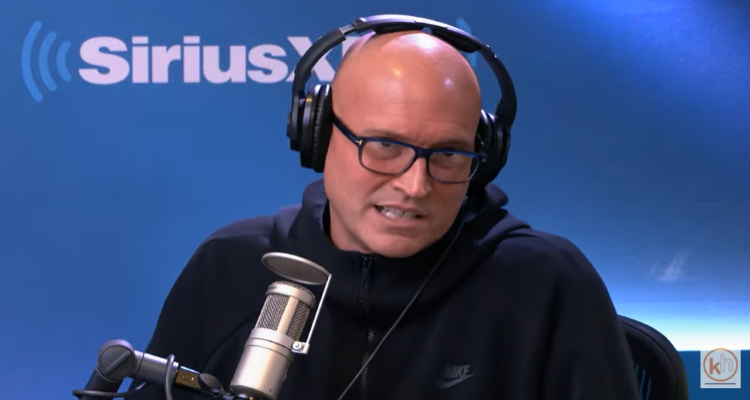 Chapman played 12 seasons in the league with four different teams before retiring due to injuries and declining performance.

He struggled with mental health issues and drug addiction after his NBA career, doing multiple stints in rehab, with an arrest for shoplifting.

The 54-year-old’s politically charged tweets turned him into a popular social media influencer. He was hired as a host for subscription streaming service CNN+. His show Rex Chapman aired four episodes before the service shut down due to it being incompatible with the company’s direction of having one streaming service for all WBD properties. Fewer than 10,000 people used CNN+.

Chapman took to Twitter recently to attack Supreme Court Justice Clarence Thomas on the heels of his role in overturning Roe vs. Wade, which returned the issue of abortion restrictions back to U.S. states.

Chapman shared a video of Justice Thomas and the son of late Supreme Court Justice Antonin Scalia attending the graduation of Christendom College students in 2018.

Chapman pointed out there wasn’t “another person of color in the picture” besides Justice Thomas. He then bizarrely claimed the graduation ceremony was the entry into black people for the white kids and their parents in attendance.

He also claimed Justice Thomas wouldn’t last 20-30 seconds in an NBA locker room, which is comprised of about 74% black players.

He then moved on to using a racial stereotype, questioning why Justice Thomas hasn’t been seen at an NBA game, as if to imply all black people automatically enjoy the NBA and attend games.

One Twitter user replied to Chapman comparing Justice Thomas to Clayton Bigsby, a Chappelle Show character who is portrayed as a white supremacist that doesn’t realize he’s black. He responded by tweeting an ‘on target’ emoji and a clip from the show.

What do you think about Rex Chapman’s behavior and treatment of Thomas and black conservatives?