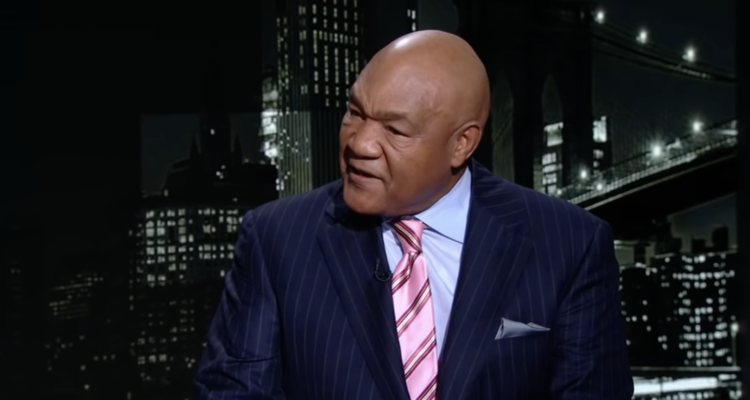 George Foreman Responds To Sex Abuse Accusations: “I Will Not Be Intimidated By Baseless Threats And Lies”

Former two-time boxing world heavyweight champion, Olympic gold medalist, and entrepreneur, George Foreman, is facing head on some severe accusations from several women threatening to sue him for sexual abuse, claims which Foreman states are an attempt at extortion.

According to inside sources who spoke with TMZ Sports, the two women who are expected to file the lawsuit against Foreman are the children of former friends of the boxer. The accusations specifically allege that Foreman had sexually abused the two women back in the 1970s.

Foreman’s lawyers released a statement on Wednesday as the news of the pending lawsuit began to generate more press.

“Over the past six months, two women have been trying to extort millions of dollars each from me and my family,” Foreman said in the statement. “They are falsely claiming that I sexually abused them over 45 years ago in the 1970s. I adamantly and categorically deny these allegations.”

“The pride I take in my reputation means as much to me as my sports accomplishments, and I will not be intimidated by baseless threats and lies,” Foreman continued. “I am, and always will be, guided by my faith and trust in God. I will work with my lawyers to fully and truthfully expose my accusers’ scheme and defend myself in court.”

“I don’t pick fights, but I don’t run away from them either,” the statement concluded.

The accusations aimed at Foreman apparently began in January of this year when the two accusers attempted to blackmail him into giving them $12.5 million each to keep them quiet.

Foreman’s legendary boxing career includes winning gold at the 1968 Olympics in Mexico City, and following up on that success several years later when he earned the world heavyweight title in 1973. Foreman took some time off from boxing after being defeated by Muhammad Ali in 1974, but made a triumphant return to the ring in 1994 where he won the WBA and IBF heavyweight championships.

Foreman has remained an active public figure through the promotion of his popular George Foreman grill. His estimated net worth is around $300 million.

What are your thoughts on the accusations against Foreman?