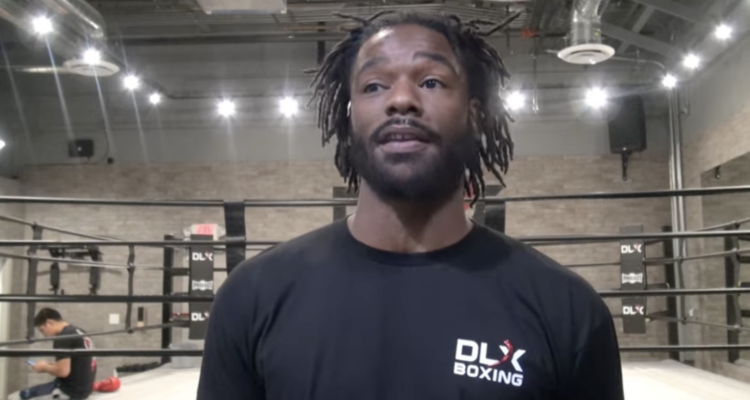 British boxer and brother of two-time world heavyweight champion Tyson Fury, Tommy Fury, has backed out of yet another fight with boxing promoter and YouTube celebrity Jake Paul for a second time.

“I’m gutted and disappointed in regards to the issues I have faced with entry into the USA. This is something that myself or my team could have never anticipated happening,” said Fury in a statement made to his official Twitter account. “This situation has been left with my lawyers as being denied entry to a country is obviously a very serious issue and it needs to be subsequently be resolved.”

Fury wanted to make it clear this was an actual legal issue and not him simply trying to avoid fighting, and potentially losing to Paul, saying that “I am confident this fight will happen when this issue gets resolved and we come to a solution. I want to clarify that I will fight in a neutral country that both parties can enter. This can be any time, any place, any where.”

Related: Celebrity Boxer Jake Paul Says People Who Voted For Joe Biden And Don’t Regret It “Are The American Problem”

Paul and his legal team, still continuing to doubt the legal sincerity of Fury’s claims, obviously were not able to reach a mutual conclusion with Fury’s representatives. Paul offered Fury $500,000 for a fight in England but that didn’t satisfy Fury.

Paul went to twitter soon after to post that he had officially sent Fury a termination notice, ending their agreed fight at Madison Square Garden in August.

“Despite many assurances by Tommy Fury’s team that he was able to come to the U.S., and knowing that Tommy was in California just last month,” Paul’s company Most Valued Promotions said in a statement, “We were surprised to learn that he had an issue at Heathrow Airport on Monday.”

Within a day, Paul announced that he had a verified replacement for Fury and would now be facing up and coming heavyweight fighter Hasim Rahman Jr., saying that Rahman Jr. would be an even tougher opponent than fury.

.@JakePaul believes Rahman Jr. is an even tougher test than Tommy Fury 👀 (via @marcraimondi) pic.twitter.com/F20tfJhRoR

“I’m literally crazy,” said Paul, “There’s no reason why I should be taking this fight… I want to prove to the boxing world that I’m a real dog, which I am. And I’m gonna go in there against this 12-1 kid who is bigger than Tommy Fury, faster than Tommy Fury — all of these things. And I’m gonna put on the performance of a lifetime and just shut everyone up.”

Rahman Jr., 31, is the son of former boxing heavyweight champion Hasim Rahman. The Baltimore native is also a professional boxer, with a current record of 12-1, consisting of six total knockouts.

Paul and Rahman Jr. are currently set to fight eight rounds and will be exclusive to Showtime PPV.

Next: Nate Diaz Says He Wants A Fight Or To Be Released From The UFC To Challenge Jake Paul