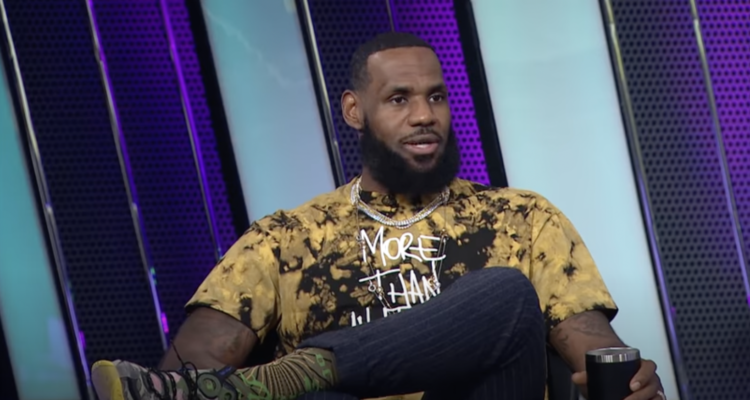 LeBron James Says Brittney Griner Should Reconsider Potential Return To The US, Immediately Backtracks After Backlash

LeBron James walked back some comments he made regarding Phoenix Mercury center Brittney Griner’s case in which he suggested that should she be released from Russian custody, she might want to reconsider returning home to the United States.

The remarks that caused the uproar came from a recent trailer for an upcoming episode of HBO Max’s “The Shop.”

“Now, how can she feel like America has her back? I would be feeling like, ‘Do I even want to go back to America?'” James said.

One could assume James isn’t suggesting that a Russian prison cell is in any way, shape, or form better than life in the US, but the comment came off as an underhanded attempt to get a jab in at the very same country that made James incredibly famous and wealthy.

Without seeing the entire episode, the clip could be taken out of context, but the fact that it made it through and into the promo while Griner is still being held in Russia doesn’t make things look good.

James must have figured out that people obviously weren’t happy with what he said after other outlets began to point out how what he said came across as an unnecessary criticism. James went to Twitter to clarif what he actually meant to say in the clip.

“My comments on ‘The Shop’ regarding Brittney Griner wasn’t knocking our beautiful country,” James posted. “I was simply saying how she’s probably feeling emotionally along with so many other emotions, thoughts, etc inside that cage she’s been in for over 100+ days! Long story short #BringHerHome”

James did mention at the end of the clip that he has a potential solution to bringing Griner back to the US safely, but instead of taking an active role in the situation by using his network, fame, and finances to directly get involved, viewers will have to tune into the show this Friday to hear James’ Mission: Impossible style plan.

Griner has been held in Russian custody since February of this year after she was found with a cannabis vape cartridge, which is illegal in Russia.

Griner announced in court on July 7th that she would plead guilty, “But there was no intent. I didn’t want to break the law.” The US State Department has stepped into the matter claiming that Griner was wrongfully accused, and has put together a special envoy to negotiate her release.

The State Department believes that Griner’s arrest and treatment was done so for political reasons due to the invasion of Ukraine and American actions taken to punish Russia. As of now, Griner could potentially face ten years in prison under Russian law regarding drug possession.

What do you make of LeBron James’ quick turn?