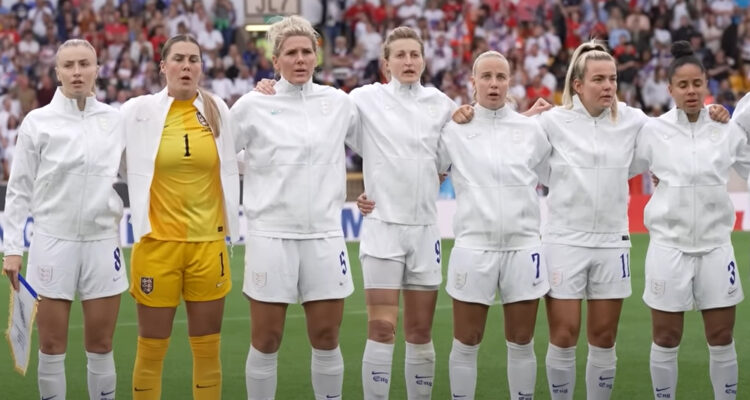 The Athletic’s Charlotte Harpur took up the banner of racism espoused by BBC reporter Eilidh Barbour when she questioned the racial makeup of England’s soccer team after the team defeated Norway 8-0 in the Women’s European Champion on July 11th.

Barbour took issue with the team’s racial makeup saying, “But all starting 11 players and the five substitutes that came on to the pitch were all white. And that does point towards a lack of diversity in the women’s game in England.”

BBC presenter saying that the England Women’s football team is too white which implies that there is something wrong with being white. pic.twitter.com/9HyHVkPnTw

A little over a week after Barbour’s comments, Harpur published a piece in The Athletic with the headline “England women and a lack of non-white role models.”

The New York Times’ official Twitter account would share the article writing on Twitter, “England’s women’s soccer team has been successful in recent years. But the team doesn’t look like the country it represents: Its players are almost all white, and it has a long way to go to improve diversity.”

Walsh spotted the tweet and mocked The New York Times and The Athletic for their blatant racism.

He tweeted, “The NBA has been successful in recent years. But the teams don’t look like the country they represent: its players are almost all black, and it has a long way to go to improve diversity.”

Walsh wasn’t the only one to mock The New York Times, numerous others mocked them using many of the same tactics used to lampoon Barbour for her racist comments.

Pundit Mike Cernovich didn’t mock The New York Times, but called them out for their blatant racism.

He tweeted, “I don’t like England but this is dumb and would never be written about other populations. It’s pure racism and hate directed as European nations.”

Razib Khan took issue with the article’s factual accuracy writing, “the team is 13% nonwhite and the UK is 15% nonwhite. Do the math.”

Indian Bronson wrote, “Here is the US men’s basket ball team. It doesn’t look like the country it represents. Why and is that bad? Does it have a long way to go, to become diverse, too?”

There’s no way to beat around the bush here. The New York Times, The Athletic, and Charlotte Harpur are blatantly promoting racism.

NEXT: English Soccer Players Booed In Hungary For Kneeling In Support Of Black Lives Matter