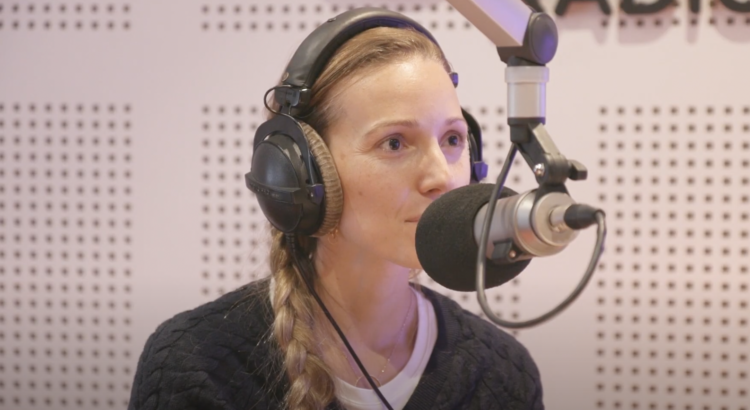 Marrying someone who will defend you through thick and thin is one of the most important factors when deciding who to marry. Wimbledon champion Novak Djokovic from Serbia obviously took that to heart when marrying his wife, Jelena, who recently went to war against a New York Times reporter who attacked her husband’s character online by calling him an “anti-vax poster boy.”

NYT reporter Ben Rothenberg on Sunday decided to take aim at Djokovic, since the Serbian tennis star has continued to stand by his stance to not take the COVID-19 vaccine. Djokovic has remained adamant despite media pressure that he will not play this year’s U.S. Open as long as they mandate players get the shot.

Rothenberg posted to Twitter, “Unless there is a swift change in the U.S. immigration law, #Wimbledon will be Djokovic’s last Grand Slam event of the year. The U.S. requires vaccination for foreigners to enter, and Djokovic has firmly said he has ruled out getting vaccinated, entrenching himself as an anti-vax posterboy.”

Jelena Djokovic saw Rothenberg’s tweet, and instead of simply letting it slide, she decided to go all in to protect her husband’s reputation.

“Excuse me,” Jelena responded, “Just making sure that it is noted YOU tagged him as antivax poster boy for whatever reason you have. He simply responded what HIS body choice is.”

Novak Djokovic has said publicly that while he is not against others willingly taking the vaccine, he is strongly against any organization mandating individuals take something such as the vaccine or lose jobs and other opportunities as a result of that choice.

Rothenberg defended his statement, saying “I understand that it’s his choice, but I also am saying that his decision to be so firmly against the vaccines that it limits his ability to play tournaments has made him, unwittingly or not, into a huge icon of the anti-vax  movement. I saw this very clearly during Australia.”

“You are creating a very judgmental narrative that fits your agenda,” Jelena replied. “He is simply choosing what’s best for his body. If he is not playing because of that choice, he is fine with it.”

Rothenberg didn’t let it go either, continuing to paint Djokovic as being an anti-vaxxer. “I can accept judgmental. I believe every citizen, especially public figures, had a duty to act responsibly with public health actions and messaging during the pandemic, and as someone who has covered Novak as the influential champion he is, he repeatedly disappointed me deeply.”

Jelena finally ended things with a brief comeback, saying “Thank you for sharing your beliefs. I hope you don’t get judged for them. Or become a poster boy for hatred and bullying. You never know. You are also influential figure, please don’t continuously disappoint. Unless that’s your role.”

What are your thoughts on the issue of mandatory vaccines for athletes to compete in events?