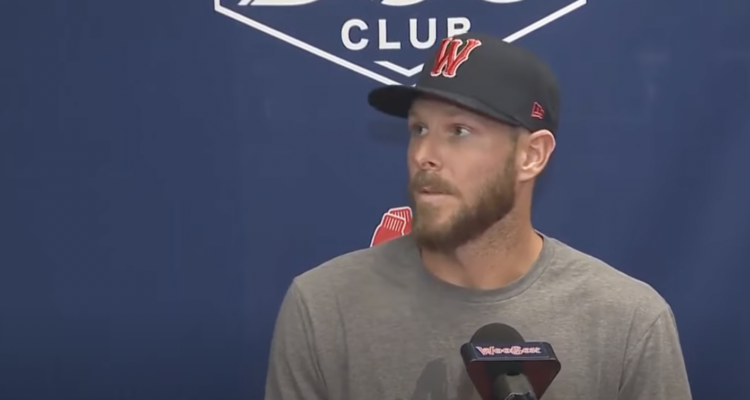 Red Sox pitcher Chris Sale isn’t having a great week after video of him destroying a flat screen TV and other clubhouse equipment went viral. The recovering player came out and spoke about his recent tantrum, providing some additional context to what really happened.

VIDEO: #RedSox pitcher Chris Sale upset after giving up a bases loaded walk & being taken out after 3 & 2/3 innings in a rehab start for the @WooSox (📸: @bri4homes) @NBC10Boston @NECN pic.twitter.com/1j1ga5kJaT

Sale, a seven-time MLB All-Star pitcher, was frustrated due to his ongoing rehabilitation for stress fractures on his ribs that he has been healing from since February, which led to a poor performance at that night’s game. The Worcester Red Sox ultimately lost 4-2 to the Scranton/Wilkes-Barre RailRaiders, and Sale wasn’t able to process the loss very well.

A day after Sale was seen online trashing TVs and smashing other expensive equipment in the clubhouse, he admitted to the ridiculous behavior and issued a formal apology.

Then, to double down, he went after the person who filmed the whole thing, trying to say that his behavior was justified given the circumstances and environment.

Sale has offered to fully reimburse the team for all damages.

What do you think of Sale’s behavior? Should he face any other penalties for his tantrum?