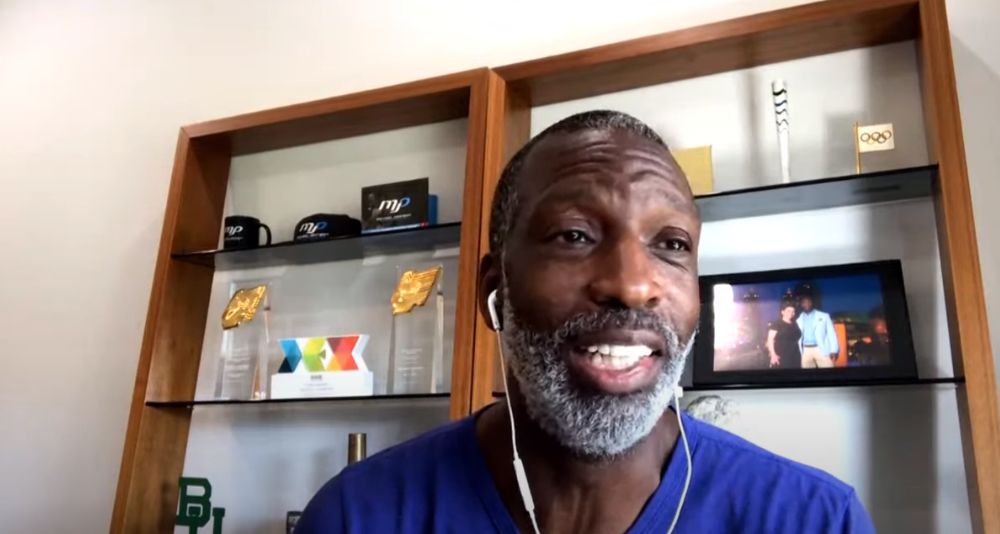 United States track legend Michael Johnson, who won four Olympic gold medals and eight World Championship gold medals, responded to accusations of racism after he questioned the timing methods for the World Athletics Championships that recently concluded at Hayward at the University of Oregon in Eugene, Oregon.

On July 24th, Johnson questioned the timing methods for the 100 meter hurdles event writing on Twitter, “I don’t believe 100h times are correct. World record broken by .08! 12 PBs set. 5 National records set. And Cindy Sember quote after her PB/NR ‘I throughly I was running slow!’ All athletes looked shocked.”

Amusan would follow that up with another world record in the finals running an extremely fast 12.06.

Numerous Twitter users accused Johnson of racism for his comments. Babatunde Koiki wrote, “Quick question: is it possible for a black person to act in a racist manner towards a fellow black person? #MichaelJohnson.”

Another tweeted, “For the first time in all my existence I read meaning to our national anthem, it was emotional seeing Tobi amusan sing along with tears in her eyes And you this black American racist Michael Johnson is here trying to criticize our win.Nigeria must be great again give us Peter Obi.”

Still another tweeted, “So much for black American folks that always complain of racism. It wasn’t questionable when Americans broke the world record. The hate you give……….”

Another also accused him of racism writing, “Hi MJ You’re the fastest runner after Bolt that NEVER took drugs. I hated you having to give up your 400m relay gold because a teammate cheated—I watched that race live on TV as a kid.”

“But you were also THE SLOWEST LOOKING fastest man ever. So your take is hypocritical & racist,” the user added.

Johnson replied to these accusations initially writing, “The level of dumba**ery coming across my feed right now is truly staggering!”

He later added, “As a commentator my job is to comment. In questioning the times of 28 athletes (not 1 athlete) by wondering if the timing system malfunctioned, I was attacked, accused of racism, and of questioning the talent of an athlete I respect and predicted to win. Unacceptable. I move on.”

In a post-race interview, Amusan, herself, was skeptical of the time shown.

First she said, “It’s been long due. God just says this is my time. And he showed up.”

Then when specifically asked about the semi-final, she said, “Usually the semis is the hardest round so I just wanted to stay as calm as I can. And then execute and I did just that.”

When asked about the time, she said, “I was looking for the wind reading, but I’m like that can’t be true, but it was legal so I’m thankful.”

What do you make of these accusation against Johnson? What about his response?

NEXT: After Acquiring Defenseman Tony DeAngelo, Philadelphia Flyers Fans Call For Staff To Be Fired, Accuse DeAngelo Of Racism