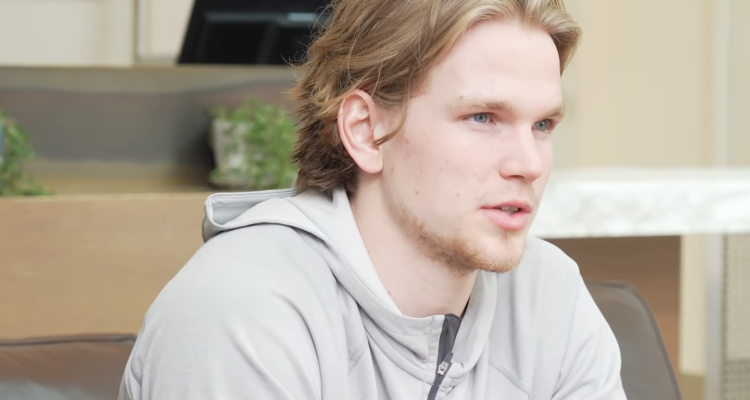 It was a raucous party in Denver on Thursday as an estimated 500,000 fans turned out to the victory parade to celebrate the Colorado Avalanche’s first Stanley Cup win in 21 years. Defenseman Bo Byram, however, was nearly kicked out of the parade when a police officer mistook him for a wayward fan and tried to usher him off the parade route.

A Denver police officer didn’t know who Bowen Byram was.🤣

Byram hopped off the firetruck he was riding to high-five fans along the road while clutching two Coors cans in his left hand. A nearby police officer on a bike who didn’t see where Byram came from stopped and attempted to usher him off the road. Byram can be seen pointing to the name on his jersey and saying, “I’m on the team,” while fans shout, “he’s a player!”

The police officer quickly realized his mistake and allowed Byram to return to the parade. The cop then smiles and shrugs his shoulders, with a sheepish grin, as someone else yells, “thanks for doing your job.” Who can blame the officer for mistaking the 21-year-old clad in a jersey, sunglasses and a backwards hat for an enthusiastic fan?

A funny moment for all involved.

During the parade, Byram spoke with Colorado Avalanche TV about what the victory parade means to him.

“We’re having a lot of fun today… just to hopefully give back to the fans a little bit,” Byram said. “Our fans have been everything to us throughout the year. Every team says this, but we actually have the best fans in the league. We have the loudest rink every single time we play at home. I’m so happy to be here and I’m really enjoying it.”