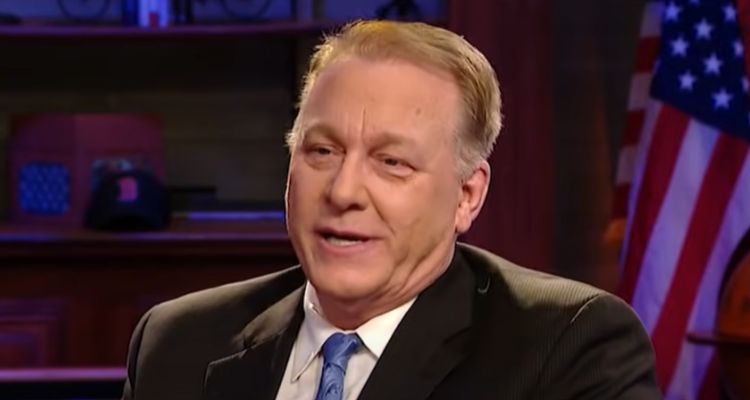 Griner was arrested by Russian authorities in February on drug charges and recently plead guilty telling the Russian court, “I’d like to plead guilty, your honor. But there was no intent. I didn’t want to break the law.”

James commented on Griner’s arrest and detainment during an episode for HBO’s The Shop with a promotional video for the episode published on July 12th.

In the video, James states, “How can she feel like America has her back? I would be feeling do I even want to go back to America?”

RELATED: Enes Kanter Freedom Rebukes LeBron James: “You Are Free To Leave Buddy Or You Can Even Volunteer For An Exchange For Her”

James would attempt to clarify his comments on Twitter writing, “My comments on ‘The Shop’ regarding Brittney Griner wasn’t knocking our beautiful country. I was simply saying how she’s probably feeling emotionally along with so many other emotions, thoughts, etc inside that cage she’s been in for over 100+ days! Long story short #BringHerHome.”

The full episode would be published to the UNINTERRUPTED YouTube channel, where James is asked, “You, being you, LeBron James, have you thought of like what if it was you — you travel to Europe. You do these things. Like have you put yourself there in terms of like man, what she must be going through? Or what that experience must be like?”

He responded, “I was trying to imagine it and it’s hard for me to even put myself into what she’s going through. She’s such a great human being. A great person. Obviously I’ve been in her presence a few times. And you always feel like you know if you’re from a certain place you always feel like they got your back. And in a sense like now how could she feel like America has her back?”

“Like I would be feeling like do I even want to go back to America if I’ve been gone for over 130 days? And I felt like it’s been zero effort,” he added.

Schilling responded to James’ clarification tweet writing on the social media platform, “I know this may seem like a stretch. But something like 300 million understand ‘OBEY THE F***ING LAW’, why is that such a challenge?”

He then asked, “And why on earth should she NOT pay the penalty for breaking another country’s law?”

Schilling elaborated, “I mean I know liberals hate this place because we are not nearly as awesome as those countries where homosexuality gets you jailed, or hung, but is ‘obey the law’ a concept that escapes them?”

He added, “Or is it their belief that if they don’t like the law, ignore or change it.”

As Schilling notes, Griner did indeed break Russia’s law and even pleaded guilty to committing the crime. Not only is it a crime in Russia, but it’s also a crime in the United States.

What do you make of Schilling’s comments about LeBron James and Brittney Griner?