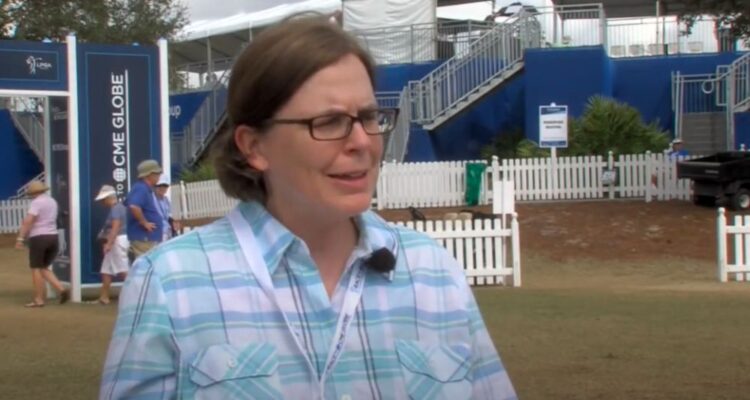 ESPN Reporter Mechelle Voepel Now Claims To Be A Man

Voepel began covering women’s college and professional basketball for ESPN in 1996 and also covers volleyball and women’s golf for the outlet.

She wrote on Twitter, “In sports media, we’re lucky to tell stories of others’ journeys. We have our own, too. Part of mine is being transgender, and I’m transitioning to male.”

In a subsequent tweet, Voepel explained why she decided to claim to be a man, “I have the great honor of receiving Gowdy Award next month from Naismith Hall of Fame, and wanted to do that as authentic self, hence this announcement now.”

She added, “Fear can keep us paralyzed for decades, especially when we think we will lose all that is dear to us, including career …”

“At some point, you realize you need to have faith that your happiness/well-being is worth pursuing, and also have faith in other people’s kindness and grace,” Voepel tweeted. “Grateful for a company that supports all of its employees, for terrific family and friends, and for societal progress …”

She concluded her thread, “I may look and sound a little different. lad to be who I’ve always been inside. Dedication to covering women’s sports, a lifelong joy as well as job, and admiration for all involved – players, coaches, execs, fans, referees, colleagues – that stays exactly the same. Thanks!”

While Voepel believes calling her a man is a kindness and a grace, it’s the exact opposite.

Bishop Michael Burbidge explains in A Catechesis on the Human Person and Gender Ideology, “The claim to ‘be transgender’ or the desire to seek ‘transition’ rests on a mistaken view of the human person, rejects the body as a gift from God, and leads to grave harm.”

“To affirm someone in an identity at odds with biological sex or to affirm a person’s desired ‘transition’ is to mislead that person. It involves speaking and interacting with that person in an untruthful manner. Although the law of gradualness might prompt us to discern the best time to communicate the fullness of the truth, in no circumstances can we confirm a person in error,” he declares.

Thus he advises, “The faithful should avoid using ‘gender-affirming’ terms or pronouns that convey approval of or reinforce the person’s rejection of the truth. It is not harsh or judgmental to decline to use such language.”

“In the broader culture, Catholics may experience significant pressure to adopt culturally-approved terminology. However, in no circumstances should anyone be compelled to use language contrary to the truth,” Bishop Burbidge declares. “The right to speak the truth inheres in the human person and cannot be taken away by any human institution.”

What do you make of Voepel now claiming to be a man and her explanation for deciding to make the claim now?

NEXT: University Of Kentucky Swimmer Riley Gaines On Lia Thomas Being Nominated As Woman Of The Year: “It’s Another Slap In The Face To Women”