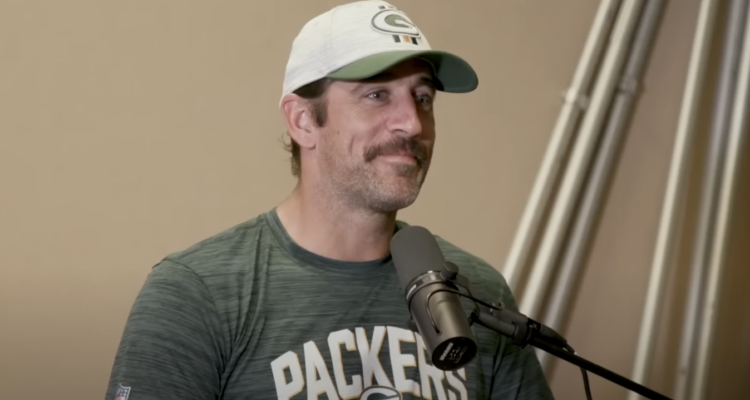 Green Bay Packers’ Aaron Rodgers Not Happy With New Receivers’ Constant Mental Mistakes: “Keep Dropping The Ball, You’re Not Gonna Be Out There’

Speaking with the media following the Packers’ joint practice with the New Orleans Saints, Rodgers stated how he isn’t very pleased with the performance of the new pass catchers, notably pointing out their recent drops and route-running.

“The young guys, especially young receivers, we’ve got to be way more consistent,” said Rodgers. “A lot of drops, a lot of bad route decisions, running the wrong route. We’ve got to get better in that area.”

However, he didn’t just take issue with the wide receivers, he noted there were a lot of mental mistakes across the board, “A lot mental errors, a lot of pre-snap penalties. Kind of been the theme of camp. Simple, simple plays we’re messing up. It’s good to do it against another team. I like the energy from the first unit, but, whew, a lot of mental mistakes.”

“Unfortunately, some of the same guys. Repeat mistakes are a problem. We just got to clean those things up a little bit,” he added.

Rodgers would repeat his criticism later in the interview when he was asked if he’s more reluctant to throw to a receiver if they continue to drop the ball. He responded, “No, he just won’t be out there. Keep dropping the ball, you’re not gonna be out there. So it’s going to be the most reliable guys that are out there.”

“The preparation and the drop responsibility is most important. There’s going to be physical mistakes that we’ve talked about, but if you are going out there and dropping the ball and somebody else behind you is in the right spot all the time and catching the ball that guy’s going to play,” he asserted.

Still later in the interview when he asked what his role is on working with the wide receivers and whether he’s running up and down the hall, he noted, “You’ve got to leave some of that to the coaches. There’s a reason they’re leading those rooms. Every now and then when there’s something important that I might slip into the tight-end room or the receiver room. But you gotta trust the coaching on that.”

“I feel like we’re talking this morning about watching film with the receivers from time to time. I had a conversation with a couple of the young guys about the standard that we’re going to hold them to, they are rookies, but they’re NFL players, and what’s been on film hasn’t been good enough as of yet. There’s been some splash plays, but there’s been a lot of mistakes,” he continued.

Rodgers then emphasized, “And we watch every single clip, watching all the one reps, all the two reps, three reps in our quarterback room and we don’t miss anything. There’s a standard we’re going to hold our guys to and I know the coaches are holding them to that standard as well.”

Rodgers then noted again that if you aren’t producing you won’t be playing, “We’re going to play our best guys when the season starts. And whoever those guys are, those guys are going to get the reps.”

“It’s the guys I trust the most and the guys the coaching staff trust the most. A lot of it is just the simple responsibility in the offense. Way before body positioning and movement and throw, and all that stuff, are you in the right spot at the right time? Are you running the right route?

Rodgers’ criticism wasn’t simply to go after the team’s younger receivers, but to give them such much needed advice so they could progress as players and a team. The morning after Rodgers’ interview, he and the rest of the team met up together to talk teammate-to-teammate.

Samori Toure, a rookie receiver, said after the conversation that “It was really just giving us advice. Basically, letting us know that the Green Bay receiving corps has always been held to a super-high standard. All the legends who have been through here. It’s just about us carry on that standard and stepping up.”

Romeo Doubs, another Packers’ rookie, echoed Toure’s opinion. “Aaron spoke to us about what he likes or what not just based on concepts or what he sees. He just wants us to see what he sees, so then that way we can be able to react faster, play faster, and just be able to dominate and continue to be who we are.”

Do you agree with Rodgers’ opinion? How do you think the Green Bay Packers will perform overall this season?