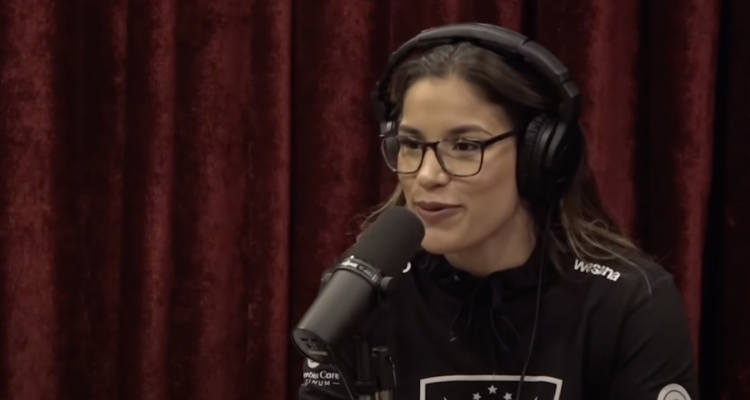 UFC fan-favorite Julianna Peña is eager to get back in the octagon for a trilogy fight with current bantamweight champion Amanda Nunes, who defeated her at UFC 277 recently.

“Tougher than a two-dollar steak,” Peña posted to her Instagram with an attached photo of blood gushing from her forehead during her match with Nunes. “Thanks for the love everyone! Just a cat scratch that required a few stitches, no chunks missing, no surgery necessary. Love you all! We’re 1-1 now.”

In December during UFC 269, Peña beat Nunes by submission during the second round, but Nunes returned and during this most recent bout defeated “the Venezuelan Vixen” by unanimous decision.

While Peña wants another match against Nunes, two prominent MMA commentators however had mostly negative reactions to the call-out, calling the necessity for a third fight between Nunes and Peña unnecessary.

“I think Nunes is the better fighter. I think that was clear. That was clear in the first round of the first fight, as well,” Bisping continued. “She got tired, and that’s not Julianna Peña’s fault. That all belongs on the side of Nunes. Fail to prepare, prepare to fail. COVID, whatever, it’s got nothing to do with Julianna.

“You cannot take away from her performance because her opponent got tired. But I think we clearly saw that she’s the better fighter, so we don’t need the rubber match,” he concluded.

Former MMA fighter turned analyst Brendan Schaub and host of The Schaub Show also jumped in with his two-cents, where he said a third fight wasn’t likely.

“Not much of a fight, they had it 50-45, 50-44, 50-43. I was more on the board of 50-43, even 50-42 to be honest…She f***ed with the Brazilian horns and got the bull. She was ready to go, she was smiling,” said Schaub. “I thought this could be case of Amanda Nunes not wanting to be in there, trying to get out in the first round, Julianna Peña weathering the first round and then slowly breaking her down, taking her down, eventually submitting her in the third or fourth round.

“My god, was I off. This wasn’t competitive… Problem is, if you’re a Julianna Peña fan,” Schaub continued, “I don’t know what ground you have to stand on to ask for a rematch. Even though it’s 1-1.”

UFC President Dana White responded to press questions following the fight where he declared Nunes was dominant, but he thought she looked like she was holding back.

“It was a complete shutout, but [Nunes] still looked a little gun-shy to me. But going in against the person who beat you the first time, I can see it happen,” White told reporters after the fight.

“It’s stupid for me to even say that, it was an absolutely dominant performance.”

What do you think? Would you like to see Julianna Peña and Amanda Nunes settle this a third time once and for all? Let us know in the comments below.