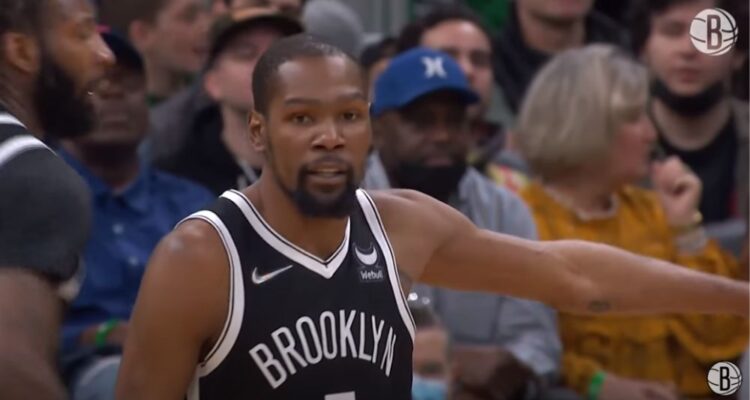 The Nets have had discussions with numerous teams but have been unable to find one willing to meet their understandably high demands. A source close to the situation confirms that Durant “does not have faith” in the team’s direction.

This lack of faith is shared by his eccentric counterpart Kylie Irving who reportedly “hates” the GM and Coach calling Nash “terrible and Marks “bad.”

The call to fire Nash and Marks comes only two years after Durant and Irving “soured” on then coach Kenny Atkinson, leading to him being let go.

General Manager Sean Marks’ willingness to acquiesce to his superstar’s previous demands apparently did not win him enough favor to avoid the same fate. Durant doesn’t just want the coach fired now, but Marks as well.

When Durant and Irving first teamed up those around the league assumed we were witnessing the birth of a new super team. This belief was fortified by the arrival of fellow superstar James Harden a year later.

Irving’s banishment due to his vaccine status, Harden’s bad hamstring, and eventual trade to Philadelphia for the mercurial Ben Simmons halted those lofty expectations.

Durant and Irving are both unhappy with the direction of the team. Conveniently ignoring the fact that the team’s poor direction was largely due to their influence. The Nets fired Atkinson, who had just led a young Nets team to reach the playoffs for the first time in 4 years and has since helped the Warriors win another title without Durant.

Brooklyn also signed a well past his prime Deandre Jordan to a $40 million deal, primarily due to his close friendship with Durant and Irving. The replacement for Atkinson was Steve Nash, a two time MVP as a player with zero coaching experience.

Durant has always publicly backed Nash, saying after their Game 4 loss to Boston “Steve’s been dealt a crazy hand the last two years. He’s had to deal with so much stuff as a head coach, a first-time coach. Trades, injuries, COVID and just a lot of stuff he had to deal with.”

Everything Durant says about the difficulties Nash had to face as a coach were true. But even with all those difficulties Durant reportedly still has seen enough to know the future Hall Of Fame point guard is not the coach he wants to play for.

Nobody questions Durant’s talent but his self-awareness and ability to work with others remains in question. He’s unhappy with the direction of a team that has been bending over backwards to move the team in the direction that he wants. Now that that direction isn’t working he’s looking for someone to blame as long as it’s not him.

Durant also left the Warriors after having “beef” with All Star forward Draymond Green. Previously Durant bailed on Oklahoma City, inadvertently citing his lack of desire to play for Bill Donovan and with Russel Westbrook on his now infamous burner account.

You need superstars to win championships in the NBA. The Nets have one of the best. They also have one of the hardest to please. They tried keeping him happy by giving him everything he wants.

If the Nets refuse to bend over backwards for him again they’ll be forced to trade him somewhere else. There’s a long list of teams willing to give up the young players and boatload of picks it would take to acquire a player like Durant.

The team that gets him will have to find a way to do what even the Warriors couldn’t accomplish, keep Kevin Durant happy.