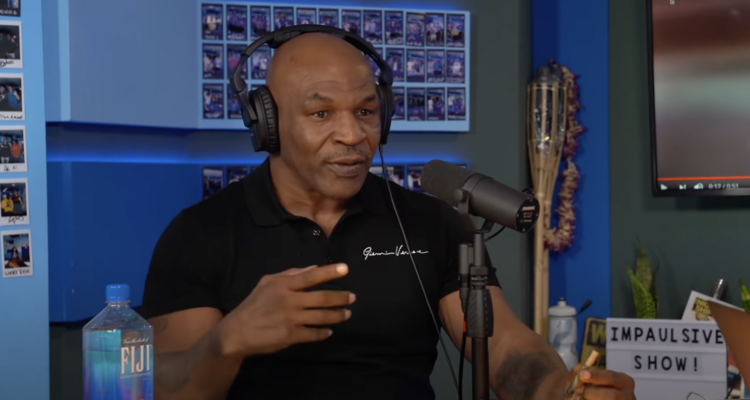 Mike Tyson Goes After Hulu Over Unauthorized Series About His Life: “To Hulu Executives I’m Just A N****r You Can Sell On The Auction Block”

Mike Tyson is not mincing words with streaming giant Hulu in regards to their upcoming limited series based on his life, which they neither consulted or payed any form of royalties for.

Tyson went to his official Instagram and accused Hulu of being the “streaming version of the slave master” over their unauthorized biographical series Mike which is set to premier later this month.

Tyson didn’t stop at Instagram however; he began tweeting more of his thoughts on his Twitter account further venting his frustrations, saying “Hulu stole my story. They’re Goliath and I’m David. Heads will roll for this.”

Tyson also pointed out that several friends of his, such as UFC president Dana White and World Boxing Council president Mauricio Sulaiman, both of whom apparently spoke with Hulu during the production of the series were led to believe that Tyson had some involvement in the show.

“Hulu tried to desperately pay my brother Dana White millions without offering me a dollar to promote their slave master take over story about my life,” Tyson posted to Instagram. “He turned it down because he honors friendship and treating people with dignity. I’ll never forget what he did for me just like I’ll never forget what Hulu stole from me.”

Sulaiman posted to Twitter his side of the story, aligning with Tyson’s claims that Hulu producers convinced the men, and potentially others, to speak with them assuming that producers had the blessings of Tyson to do so in the first place.

“A fighter who was like a son to my father is Mike Tyson. I just spoke to him I’m so upset to learn that his upcoming series were produced without his involvement and consent. The World Boxing Council was mislead by Hulu and we provided belts for production Mike Tyson Is a legend RESPECT.”

Tyson responded tweeting, “Someone should get fired from Hulu. Producers were lying to my friends saying I supported the unauthorized series about my life.”

The Hulu series follows Tyson from his youth through his rise in the world of boxing, as well as darker periods such as his days struggling with addiction and time in prison. Promotions for the show have indicated that they will cover chapters of Tyson’s life that will be the most sensitive to the former heavyweight champion, including his domestic abuse allegations as well as the time he bit Evander Holyfield’s ear off.

Around the time Hulu had announced their telling of Tyson’s story a year ago, Tyson had already begun working on his own production with his direct involvement titled Tyson.

Renowned actor Jaimie Foxx had already agreed to play Tyson, and award-winning director Martin Scorsese was also brought on to direct the limited series, according to an exclusive interview given to Variety in 2021.

“We just wanted to tell an unbiased story and have the audience decide what they think or feel,” said showrunner Karin Gist, who defended the Hulu series. “Challenging what people think they know about Mike and hoping they they come away from the series with something else to think about.”

What do you think of Tyson’s claims? Should he seek legal action against Hulu or does Hulu have the right to present their series based on his life?

NEXT: Mike Tyson Believes He’s Close To Death And Reflects: “Everything’s About God”