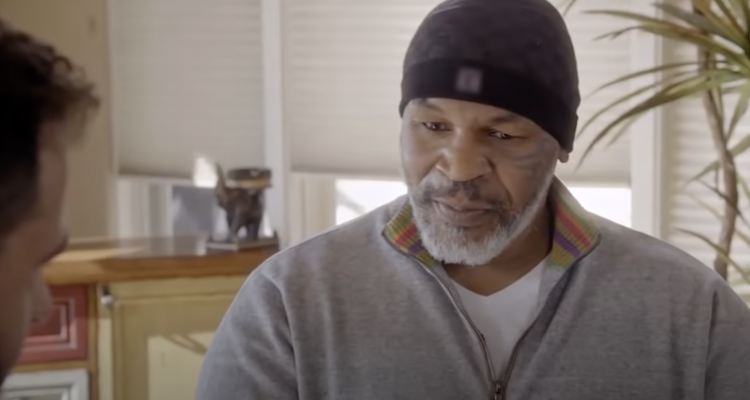 Former heavyweight boxing champion and legend of the sport, Mike Tyson, was recently spotted at Miami International Airport on a wheelchair. The images drew the concerns of many of “Iron Mike’s” fans from around the world since Tyson had recently stated that he feels closer to death than ever before.

Tyson had reportedly been seen in Florida to seek medical attention regarding a severe “sciatica flair up” in his back, explaining the need for the wheelchair.

One could assume the years of professional fighting in the ring dealt a major toll on Tyson’s body. In 2020, the then 54-year-old former champion had to whip himself back into fighting shape to face off against Roy Jones during the “Lockdown Knockdown,” which showed Tyson pushing himself to his physical limits.

Still, the timing of the wheelchair comes at an odd time as Tyson had remarked on his Hotboxin’ podcast in late July that he’s become worried that his death may come sooner than expected.

“We are all going to die, one day, of course,” said Tyson. “When I look in the mirror, I see those little spots on my face and say wow that’s my expiration date is coming close really soon.”

That wasn’t the first time though Tyson had brought up the uncomfortable topic of death on his show.

Last spring during an episode, Tyson remarked on being at peace with whenever his death eventually occurs, saying “I think death is dying, and dying is death. Once you die, we begin living again.”

Mortality seems to have been top of mind for Tyson especially since he ingested venom from a psychedelic toad almost a year ago.  According to an interview with The New York Post in 2021, Tyson ‘died’ during his first trip.

“I ‘died’ during my first trip. In my trips, I’ve seen that death is beautiful,” he said. “Life and death both have to be beautiful, but death has a bad rep. The toad has taught me that I’m not going to be here forever. There’s an expiration date.”

What are your thoughts on Tyson’s view of mortality?

NEXT: Mike Tyson Goes After Hulu Over Unauthorized Series About His Life: “To Hulu Executives I’m Just A N****r You Can Sell On The Auction Block”