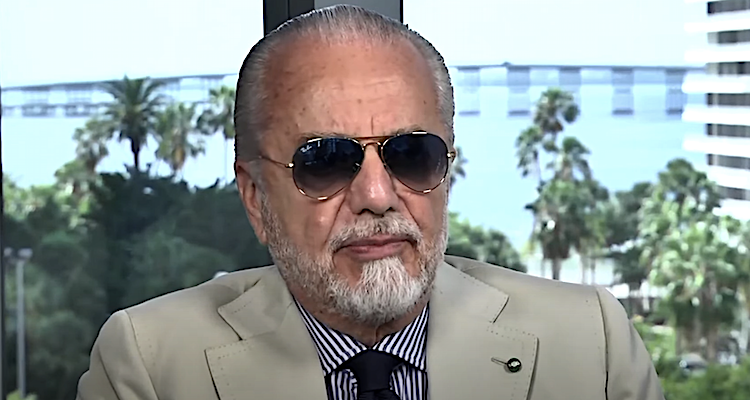 Napoli Owner Won’t Sign African Players Unless They Commit To Not Playing In The AFCON: “We Are The Idiots Who Pay Salaries”

S.S.C. Napoli owner, Aurelio De Laurentiis, is currently making headlines following a rant about the club’s African players and their lack of availability during the African Cup of Nations (AFCON), primarily because he still has to pay them.

“I told them, ‘lads, don’t talk to me about Africans anymore,'” the 73-year-old businessman reportedly said during a streamed event on Tuesday.

De Laurentiis continued, “I love them, but either they sign something confirming they’ll back out of playing the Africa Cup of Nations, or otherwise between that tournament, the World Cup qualifiers in South America, these players are never available!”

The frustrated club owner added, “‘We are the idiots who pay salaries only to send them all over the world playing for others,” alluding to Napoli’s African players leaving to compete in other tournaments like the AFCON.

With the departure of Senegalese defender Kalidou Koulibaly, who signed for Chelsea FC a few weeks ago,  André-Frank Zambo Angussia and Victor Osimhen — Cameroonian midfielder and Nigerian striker, respectively — are the only African players currently in the Italian football club’s lineup.

Having participated participated in the African Cup of Nations last season, representing the Senegal national team, and now officially a player for Chelsea, Koulibaly had some words for De Laurentiis, fervently asserting, “I will never let anyone stop me representing Senegal.”

“Now as captain of Senegal, even as a player of Senegal, when the AFCON [begins] I have to be the first one there; the first one in Senegal,” the new Chelsea defender declared. “Nobody can tell me not to go [and play] for my national team.”

Koulibaly then reiterated the importance of being respectful and allowing players to play for their national teams, condemning De Laurentiis’ recent comments without mentioning neither him nor Napoli.

Much like the former Napoli defender, André-Frank Zambo Anguissa also represented his national team, Cameroon, at the tournament while he was on loan at the Stadio Diego Armando Maradona.

Napoli striker Victor Osimhen, however, could not represent Nigeria at the AFCON, but this was mainly due to the COVID-19 pandemic that prevented him from representing the Super Eagles, Nigeria’s national team.

The African Cup of Nations has been held every two years since 1968. However, this year’s tournament was officially postponed from June of next year to January of 2024 in an attempt to make room for pre-World Cup friendlies.

Qualifying  matches have been rescheduled and will be taking place from the 20th of March through the 28th in 2023.

What do you make of De Laurentiis comments? Sound off your thoughts in the comments section down below or on social media.