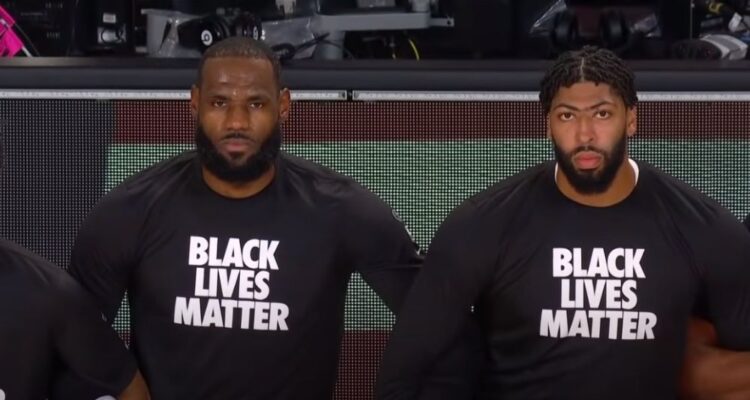 NBA Doesn’t Schedule Any Games On Election Day, Will Engage In Political Activities The Day Prior

The National Basketball Association (NBA) revealed they did not schedule any games on election day for the upcoming season, but will instead use that day to engage in political activities.

In a post to their website announcing the 2022-23 season schedule, they specifically included a section for Election Day and noted, “As Election Day approaches, the NBA and its teams will continue to encourage fans to make a plan to vote and participate in the civic process.”

The organization then revealed they scheduled games for every single team for the night before Election Day and that those games will be specifically used to engage in political activities, “New this season, all 30 teams will play on Monday, Nov. 7 on the day before Election Day, when the NBA will help promote voter participation, share important resources from voting organizations and highlight the civic engagement work of teams in their markets.”

Finally, they noted that they will not be playing any games on Election Day, Tuesday, November 8th, “As part of this initiative, no NBA games have been scheduled for Election Day on Tuesday, Nov. 8.”

On Twitter, the official NBA Communications account explained the decision to not play on Election Day writing, “The scheduling decision came out of the NBA family’s focus on promoting nonpartisan civic engagement and encouraging fans to make a plan to vote during midterm elections.”

The NBA today announced that no games will be played on Election Day, Tuesday, Nov. 8, 2022.

The scheduling decision came out of the NBA family’s focus on promoting nonpartisan civic engagement and encouraging fans to make a plan to vote during midterm elections. https://t.co/nFiEHlws0Q

James Cadogan, the Executive Director of the National Basketball Social Justice Coalition further explained the decision telling MSNBC, “It’s unusual. We don’t normally change the schedule for an external event, but voting in election are obviously unique, and incredibly important to our democracy.”

“And that’s part of the value proposition that we want to make sure people understand that voting is unlike anything else,” he added.

When asked about critics who might claim that not playing the games on election night is just a symbolic gesture, Cadogan responded, “I would say to them that symbols really matter.”

He further added, “So, if we do something that some might call a symbol, I’d say that’s a good symbol. If we’re talking about getting out, registering, voting, making your voice heard in whatever way you think is most important, those are symbols that I think most people can and would support.”

He then opined, “You would think they would have learned by now that when you inherently make politics a focus of this it’s going to drive people away, but apparently Adam Silver is completely fine with that.”

“They are partisan in one specific fashion,” he said. “We all understand what this is.”

What do you make of the NBA’s announcement that they will be engaging in political activities the day and night before election day and will not have any games on election day?

NEXT: San Antonio Spurs Coach Gregg Popovich Says “50 And 60 and 70 Year Old White Men Screwing Up All Of Our Lives”