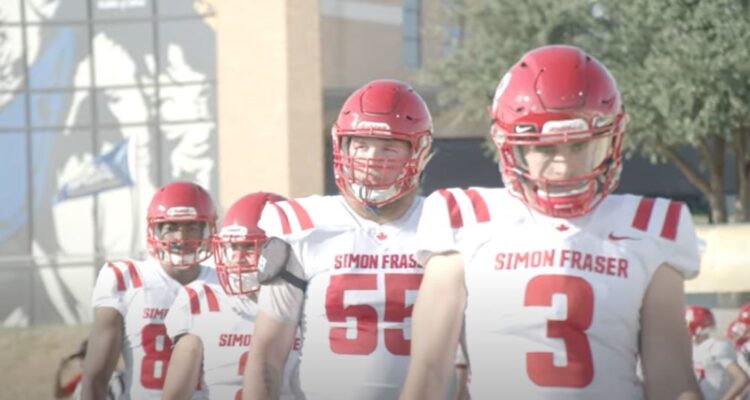 Simon Fraser, the only NCAA school located in Canada, has been forced to move four of its home games stateside to get around their country’s absurd vaccine policy.

Based in Burnaby, British Columbia, the school will be forced to play games on the other side of the border due to the draconian vaccine requirements still in effect in their home country.

Despite the CDC coming to their senses here in America, Canada still requires all who enter their country to have the Covid vaccine. As a result, Simon Fraser’s football team will play four of their would-be home games in Blaine, Washington, a town on the northern edge of Washington state.

Their games against Texas A&M-Kingsville, Western New Mexico, Angelo State (TX), and West Texas A&M will all take place in Blaine. Simon Fraser (SFU) has also been forced to cancel a non-conference game against Montana State-Northern. The team’s only conference game to be played at home will be a September 17th matchup against Central Washington.

“We are all looking forward to a time when the impact of the global pandemic will be behind us,” said Theresa Hanson, Senior Director of Athletics and Recreation at SFU. “This news is especially disappointing for our student-athletes, but we continue to support them and advocate for ways to ensure they can train and compete. We are looking forward to creating a home-field atmosphere in Blaine for these games.”

Simon Fraser’s student athletes have had to get used to having their athletic careers upended by unscientific public policies. After having their entire 2020 season cancelled due to Covid, SFU played only 2 games at home in 2021 compared to 6 on the road.

“This news is especially disappointing for our student-athletes, but we continue to support them and advocate for ways to ensure they can train and compete.” said Hanson “We are looking forward to creating a home-field atmosphere in Blaine for these games.”

A near complete absence of home games is surely not what these student athletes signed up for when they came to play for the Division II school.

Canada’s continued adherence to vaccine mandates comes after over a year of data showing how ineffective the shots are at preventing infection. Even a heroic attempt by Canadian truck drivers to protest against the vaccine mandates was not enough to deter authoritarian Prime Minister Justin Trudeau to discontinue the policy.

“I understand how frustrated Canadians are, how much we need to see an end to this pandemic, but we can’t do it by decree,” says Trudeau. “We can only do it by continuing to trust science and getting people vaccinated.”

If only the Fidel Castro look a like Prime Minister was actually following the science Simon Fraser wouldn’t have to move their home games to the Unites States.