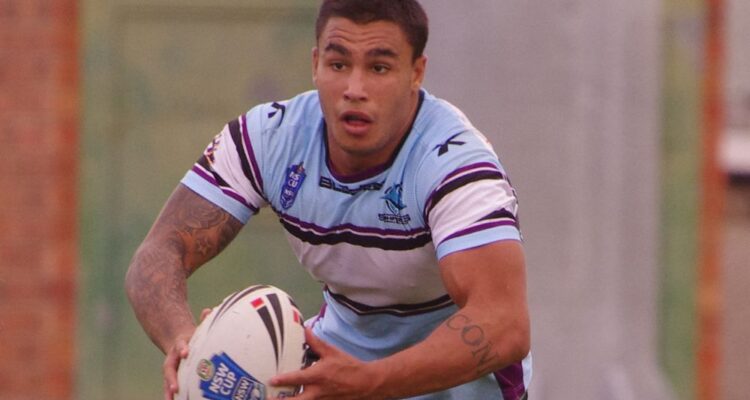 Rugby is a difficult sport but sometimes it’s the play off the field that’s more physical.

Michael Lichaa, who played rugby for the Canterbury-Bankstown Bulldogs among other teams, lost 2.5 liters of blood and almost bled to death. Lichaa was a hooker, although some may argue that distinction could also belong to his ex-fiancée for different reasons.

While Lichaa was passed out after a 12-hour drinking binge, his then-fiancée Kara Childerhouse performed oral sex on his former best friend and Bulldogs teammate Adam Elliot. Fortunately, or unfortunately, he woke up to catch them in the act in his backyard.

Lichaa flew into a drunken fit of rage, shouting expletives and punching a glass window on his front door, which left him bleeding badly. He lost 2.5 liters of blood in total, which is half the amount of blood in the average human body. Elliot followed him inside to apologize, and Lichaa asked “what the f—k are you doing?” A neighbor called police after hearing Lichaa shout “I’m going to f—king kill her.”

“I couldn’t get the image of my fiancée performing oral sex on my best friend out of my mind,” Lichaa testified.

He detailed regret for punching the glass: “It’s something I take ownership for. It’s embarrassing. I regret it completely.”

He talked about undergoing counseling, seeing a psychologist and a life coach to help him move forward.

“It’s not something that men talk about too much, especially the mental health stuff,” he told the court. “But it’s something I think it’s massive.”

Elliot testified that Lichaa didn’t assault Childerhouse, and the trial took a shocking turn when Childerhouse refused to testify against Lichaa, despite being subpoenaed. News.com.au reports “the court heard that she no longer wanted to take part in the proceedings and was pregnant and worried about the stress of relieving the incident.”

All of her testimony up to that point would then be excluded and she would provide a statement retracting her allegations.

The domestic violence charges were dropped, but Lichaa plead guilty to destroying property relating to the glass he punched during the incident. The judge placed him on a two-year conditional release order.

“I’m glad the truth finally came out; I was very confident in the truth the whole time,” Lichaa told NCA NewsWire.

“But I just want to put it all behind me now and move on with my life and happy days ahead.”

Lichaa has since retired from professional rugby and has a new fiancée.