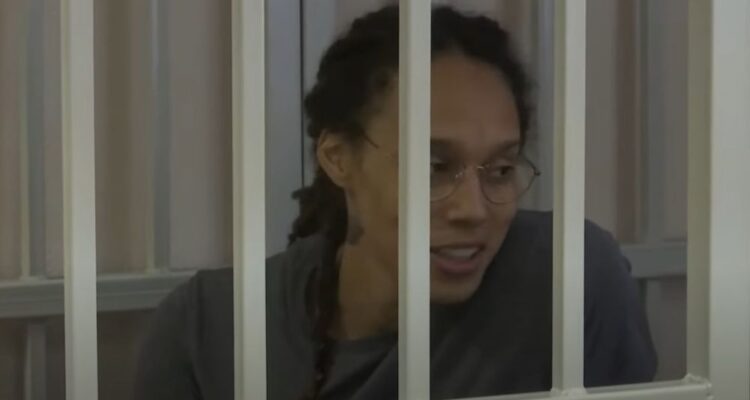 Russia issued a warning to the United States of America regarding the possibility of a prisoner swap involving Brittney Griner after the WNBA player was sentenced to 9 years in prison for drug smuggling and possession.

Griner was found guilty by a Russian court and sentenced to 9 years in prison for drug possession and smuggling.

The WNBA player was arrested back in February on drug charges and would eventually plead guilty to the crimes saying in court, “I’d like to plead guilty, your honor. But there was no intent. I didn’t want to break the law.”

Before her sentencing she also apologized for the crime saying, “I want to apologize to my teammates, my club, my fans and the city of (Yekaterinburg) for my mistake that I made and the embarrassment that I brought on them.”

Following this sentencing Russian Foreign Minister Sergei Lavrov told AFP that Russia was open to negotiating a prisoner swap, “We are ready to discuss this topic, but within the framework of the channel that was agreed upon by Presidents Putin and Biden.”

However, he also warned, “If the Americans decide to once again resort to public diplomacy… that is their business and I would even say that it is their problem.”

Kremlin spokesman Dmitry Peskov previously warned that the Biden administration’s attempt to negotiate a prisoner swap via the media was mistake. According to Reuters he said, “The Americans have already made that mistake, suddenly deciding to use megaphone diplomacy to resolve these issues.”

“This is not how they are resolved,” he bluntly stated.

Blinken told the media, “In the coming days, I expect to speak with Russian Foreign Minister Lavrov for the first time since the war began. I plan to raise an issue that’s a top priority for us: the release of Americans Paul Whelan and Brittney Griner, who have been wrongfully detained and must be allowed to come home.”

President Biden also issued a statement following Griner’s sentencing saying, “Today, American citizen Brittney Griner received a prison sentence that is one more reminder of what the world already knew: Russia is wrongfully detaining Brittney. It’s unacceptable, and I call on Russia to release her immediately so she can be with her wife, loved ones, friends, and teammates.”

What do you make of Russia’s warning? Will the Biden administration adhere to it?