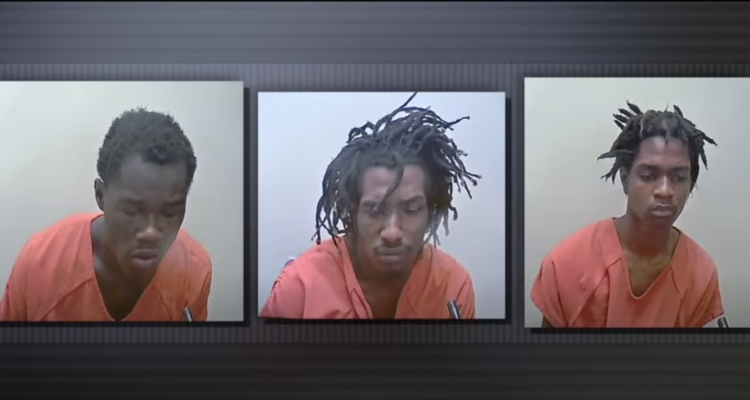 The three suspects in the case of the beating death of 17-year-old Akron teenager, Ethan Liming, have officially avoided murder charges according to a grand jury indictment.

The suspects in the case, Deshawn Stafford Jr., 20, Tyler Stafford, 19, and Donovan Jones, 21, have been held by authorities since June when they were arrested for the beating death of Liming and originally booked and charged with murder, which the three men all pleaded not guilty too.

As the news regarding the removal of the murder charges was announced, the attorney for the Liming family spoke with the media regarding the family’s disappointment with the grand jury indictment.

“They [the Limings] feel they were made victims when their son was murdered and made victims again by the system,” said attorney Mike Callahan, the Liming family representative. “They are angry and frustrated. It’s very difficult for them.”

The attorney representing Deshawn Stafford however believes that the removal of the murder charges are appropriate since he feels that the intent of murder was not present at the time that his client allegedly beat Liming unconscious, particularly since his client and the other suspects claim to have only gotten involved in the fatal fight strictly out of self-defense.

“The charges are a logical starting point, given that so far only one side has come out,” said Stafford’s lawyer Jon Sinn. “I’m confident —once all the facts are heard — all these boys will be going home.”

The situation that sparked the case started back in June, when Liming and his friends were reportedly driving around town shooting water beads from a SPLATRBALL gun at bystanders. Reports indicate that the three suspects were fired upon, from there they followed the vehicle to the parking lot of LeBron James’ I Promise School, where a fight took place which resulted in Liming being beaten unconscious.

Liming’s friends attempted to flee the scene in order to take Liming to the hospital, but several of the suspects allegedly jumped into Liming’s vehicle and moved it to the other side of the lot to prevent the escape from happening. Jones has been pointed out specifically as having taken away the cellphone of one of Liming’s friends so that the police could not be called.

Liming was found unresponsive when emergency personnel arrived and was pronounced dead shortly after.

The three suspects are each being held on $1 million bail.

Do you think dropping the charges of murder was an appropriate call for this case?