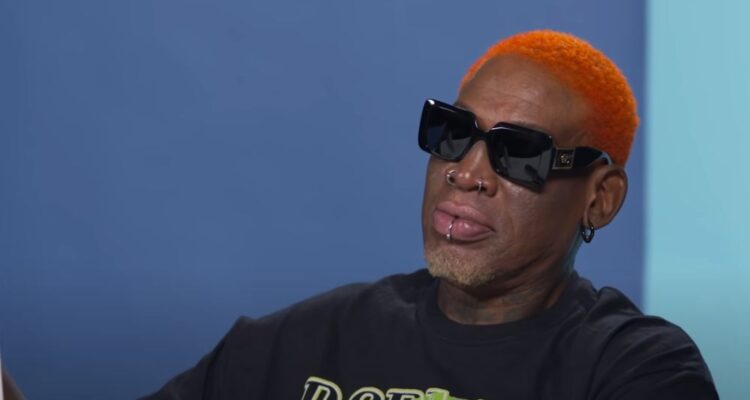 US State Department: Dennis Rodman Does Not Represent The U.S. Government In Negotiations To Free Brittney Griner

The United States Department of State spokesman Ned Price unequivocally declared that Dennis Rodman does not represent the U.S. government when it comes to negotiations to secure the release of WNBA star Brittney Griner.

Rodman reportedly told NBC News that he planned to go to Russia in an attempt to secure Griner’s release and that he had gotten permission to do so.

“I got permission to go to Russia to help that girl,” he said. “I’m trying to go this week.”

U.S. Department of State spokesman Ned Price addressed Rodman’s statement during a press conference on August 22nd saying, “Well, we have seen through the media, and really only through the media, that Dennis Rodman has said he does intend to travel to Russia.”

“He — I want to be clear — he would not be traveling on the behalf of the U.S. Government,” Price stated.

He then detailed, “I’ve just reiterated what we’ve said now for the past several weeks. We put forward a substantial proposal to Russia to seek the freedom of Paul Whelan and Brittney Griner.”

“We believe that anything other than negotiating further through the established channel is likely to complicate and hinder those release efforts,” he continued. “We’ve also provided very clear guidance to American citizens owning to a number of threats, not the least of which is the threat of wrongful detention, that Americans should not travel to Russia.”

“That has been our message to private Americans across the board,” he concluded.

Price previously addressed a question about if there was any movement on securing the release of Griner and former Marine Paul Whelan to which he replied, “This is something we continue to work with the utmost urgency. I said last week that we had engaged in discussions with Russian counterparts on this. Those discussions are ongoing.”

“We’ve made very clear, as we have publicly, that we proposed a substantial proposal, as we called it, for the release of Paul Whelan and Brittney Griner,” Price added.

“We have in our private interactions encouraged the Russians to respond to that proposal,” he concluded. “But again, it’s just not something we’re going to detail because we’ve found that in order for — that our interests, and in this case our interest is seeing the release of Paul Whelan and Brittney Griner, that our interests are best served if these discussions take place in private.”

Before Price’s public comments about Rodman, an alleged anonymous senior Biden administration official told Reuters, “It is public information that the administration has made a significant offer to the Russians and anything other than negotiating further through the established channel is likely to complicate and hinder release efforts.”

The Biden administration asserts that Griner is being wrongfully detained.

After Griner plead guilty was sentenced to 9 years in a Russian prison for drug smuggling and drug trafficking, President Joe Biden released a statement that read, “Today, American citizen Brittney Griner received a prison sentence that is one more reminder of what the world already knew: Russia is wrongfully detaining Brittney. It’s unacceptable, and I call on Russia to release her immediately so she can be with her wife, loved ones, friends, and teammates.”

However, one of Rodman’s most recent posts on Instagram indicates he is going to be traveling soon albeit to where it’s unclear. Rodman simply writes, “Back. On. The. Road. Soon.”

What do you make of the Department of State’s position on Rodman?