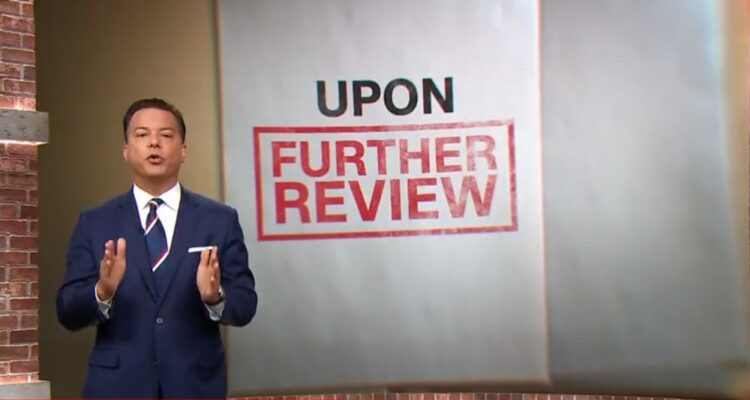 Richardson, who previously liked a tweet showcasing three white men picking cotton and getting whipped by a black man while Martin Luther King Jr. looks down approvingly, claims she and her fellow black teammates were repeatedly targeted and racially heckled during the match.

She told ESPN’s Holly Rowe, “At the end of the second set I had gone back to serve and they heckled throughout the entire game. That’s just a part of sports. You get used to playing through extreme environments like that.”

Her narrative was bought hook, line, and sinker by numerous media outlets and personalities and even BYU who initially banned an individual identified by Richardson as one of the individuals who was heckling her.

BYU announced on Twitter, “BYU has banned a fan who was identified by Duke during last night’s volleyball match from all BYU athletic venues.”

However, quickly after Richardson’s accusations began being covered by media outlets and commented on by media personalities, a police report obtained by The Salt Lake Tribune detailed there was no evidence of the targeting and racially heckling.

The report noted that “campus police say it doesn’t appear the man who was eventually banned was the person shouting the N-word.”

It went on to detail, “There was nothing seen on the game film that led me to believe [the man who was banned] was the person who was making comments to the player who complained about being called the N-word.”

BYU Police Lt. George Besendorfer also informed the outlet, “When we watched the video, we did not observe that behavior from him.”

BYU Athletics would perform their own investigation and published the results late last week. They concluded, “From our extensive review, we have not found any evidence to corroborate the allegation that fans engaged in racial heckling or uttered racial slurs at the event. As we stated earlier, we would not tolerate any conduct that would make a student-athlete feel unsafe. That is the reason for our immediate response and our thorough investigation.”

Given the conclusion, BYU Athletics also “lifted the ban on the fan who was identified as having uttered racial slurs during the match. We have not found any evidence that that individual engaged in such an activity. BYU sincerely apologizes to that fan for any hardship the ban has caused.”

Following BYU Athletics’ disclosure of their investigation results CNN’s John Avlon ran a new segment he titled “Upon Further Review” that looked back into Richardson’s accusations.

Avlon began the segment stating, “Now, volleyball is rarely the source of serious controversy, but it went straight to the front of the outrage Olympics two weeks ago when a Duke starter named Rachel Richardson made the explosive accusation that she and other black teammates were subjected to racial heckling while playing a game against Brigham Young University. Now, obviously this kind of heckling is totally unacceptable.”

BYU reverses ban on fan after finding no evidence of slur against a Duke volleyball player. @JohnAvlon has today’s Upon Further Review: pic.twitter.com/YjfhOwtHTq

Avlon then called out LeBron James, his own network, and the University of South Carolina, “And the country rallied around her with stars like LeBron James offering a statement of solidarity. Her family appearing here on CNN amid some 65 separate articles written about the controversy. The South Carolina Women’s Basketball team even announced their decision to cancel all games against BYU.”

“Now, for their part Brigham Young University offered a whole-hearted apology,” he continued. “BYU Athletics pronounced a zero tolerance policy against racism. They banned a fan who had been identified as making the racist slurs. They also launched an internal investigation.”

To no one’s surprise, Avlon would still get the timeline of events incorrect, ignoring The Salt Lake Tribune’s reporting, “But that’s where the narrative started to fall far short of the initial indignation. Because when BYU released its findings, after reviewing all available video and audio recordings and reaching out to more than 50 folks who attended the game including Duke personnel and athletes. They stated that they had not found any evidence to corroborate the allegation that fans engaged in racial heckling or uttered racial slurs at the event. And they lifted the ban on the fan with apologies. They also invited ‘anyone with evidence contrary to our findings to come forward.'”

“Now, healthy skepticism is always a virtue, but this doesn’t read like a cover-up. Instead it feels like there was a rush to judgment because of a well-intentioned impulse to believe the Duke player’s accusations,” he said.

Avlon then asserted, “Now, we need to note that the investigation does not call Rachel Richardson a liar or a fabricator. It leaves open the possibility that she sincerely believed that she heard racial heckling and that some sort of misunderstanding occurred. For its part Duke issued a statement saying it was standing by its players, but notably the Richardson family has not yet responded to CNN’s request for comment.”

Avlon then shared a clip of ESPN host Stephen A. Smith stating, “Racism, prejudice still exists in this country. We all know it. We know how prevalent it is. We know that it is something that completely needs to be eradicated. Having said that we are not doing ourselves any favors if we bring it up and broach it when it doesn’t exist. And that’s the key we need to focus on.”

However, Smith was one of the biggest spreaders of Richardson’s claim and noted how glad he was the accusations were made because they were targeted at BYU.

Smith said back at the end of August, ““I’m actually glad. I’m not glad it happened to her, but I am, Rachel Richardson, but I am happy that something like that happened. Why would I be? Why in God’s name would that be okay with me?”

He explained, “Who’s thinking about going to BYU now? There’s a lot of people that’s going to change their minds about that. If you are BYU you are in the eye of the storm now. … So what’s your student body like? What’s your faculty like? What’s your administration like? I don’t know the answer, but there’s a whole bunch of people that they think they do now that we heard about this and how you elected to handle it.”

“See, change is what this is all about,” he continued. “See, when you are doing what you do whatever that may be and you are able to be clandestine with it and hide in the dark and nothing ever happens to highlight and illuminate a culture that is taking place, you are able to sustain it and it lives in perpetuity because nobody ever gets to address because there is no cause to do so.”

“Now, there is. And because there is, you are BYU, let’s just say you ain’t the most attractive place for folks to come,” he began to raise his voice. “That ain’t the most attractive institution to be apart of right now. Now, that’s not the fault of everybody at the institution. I’m not trying to put a blemish on BYU. I’m saying BYU, you did it by allowing to this happen and not addressing it.”

Nevertheless, Avlon then took University of South Carolina’s Women’s Basketball coach Dawn Staley to task, “And that’s why it was surprising to hear the head of the South Carolina’s Women’s Basketball team, Dawn Staley, say she was still okay with cancelling her team’s games against BYU regardless of the results of the investigation. Staley says she’s standing by her decision due to her own personal research and commitment to the well-being of her team.”

He then concluded the segment, “But when investigations turn up a very different fact pattern, it’s incumbent on everyone to acknowledge it and adjust. Fidelity to the facts is all that we as journalists and citizens should ask. It is understandable that there is a desire to believe people when they say they’ve been victimized. But the accusations have to be backed up by facts, and when the facts don’t fit upon further review, we need to set the record straight with as much intensity as the initial reports. Agree?”

While it is somewhat commendable that Avlon is willing to call out these individuals who ran with this narrative, what Avlon should be pushing is that evidence of the accusations is discovered before they are turned into a full-blown narrative by his own network, ESPN, Stephen A. Smith, LeBron James, and the multitude of others who pushed it.

Instead he advocates for just correcting the record. Well, the record wouldn’t need to be corrected if it wasn’t wrongly asserted in the first place.

What do you make of Avlon’s comments?

NEXT: Jason Whitlock Calls Out South Carolina Basketball Coach Dawn Staley’s Hypocrisy, Tells Her To Cancel Games Against Memphis Due To Violent Crime