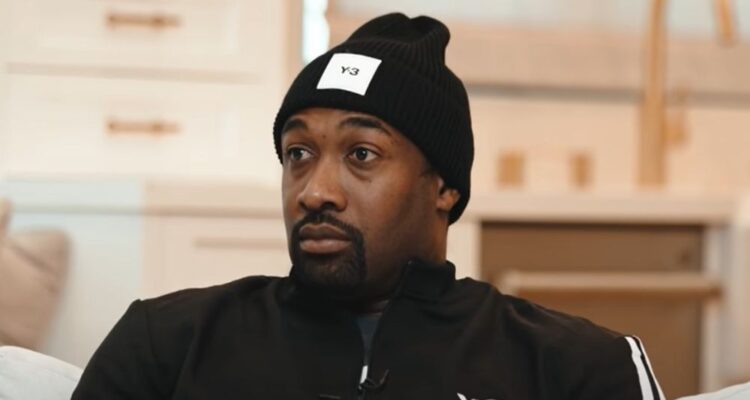 Former Washington Wizards point guard Gilbert Arenas recently claimed that he doesn’t believe that Brittney Griner is being held in a Russian prison and described her as the “queen of Russia.”

Griner was arrested by Russian authorities back in February on drug trafficking and possession charges.

She pled guilty to the crimes in July asserting, “I’d like to plead guilty, your honor. But there was no intent. I didn’t want to break the law.”

The court would find Griner guilty at the beginning of August and sentence her to 9 years in prison and fine her one million rubles or the equivalent of $16,200.

Following her sentencing President Joe Biden claimed that Griner was being wrongfully detained.

He released a statement that reads, “Today, American citizen Brittney Griner received a prison sentence that is one more reminder of what the world already knew: Russia is wrongfully detaining Brittney. It’s unacceptable, and I call on Russia to release her immediately so she can be with her wife, loved ones, friends, and teammates.”

His administration has also engaged with Russian diplomats in order to obtain Griner’s freedom. U.S. Department of State spokesman Ned Price told the media in August, “We’ve made very clear, as we have publicly, that we proposed a substantial proposal, as we called it, for the release of Paul Whelan and Brittney Griner.”

“We have in our private interactions encouraged the Russians to respond to that proposal,” he concluded. “But again, it’s just not something we’re going to detail because we’ve found that in order for — that our interests, and in this case our interest is seeing the release of Paul Whelan and Brittney Griner, that our interests are best served if these discussions take place in private.”

RELATED: Enes Kanter Freedom: The United States Should Not Trade ‘The Merchant Of Death’ For Brittney Griner

Arenas has a very different opinion on Griner’s arrest. He told VladTV, “Here’s my thing. Who is she more important to? The WNBA or Russia?”

Arenas continued, “So what is it really about? Like someone asked me and I said, ‘I want to see what happens when the Russian season comes around. What is that Russia team gonna do? They’re not gonna keep her in jail. That’s their player.'”

The interviewer then claims Arenas is tripping and that Griner will never set foot in Russia again if she’s ever released. Arenas countered, “I just want to see what happens when the Russia season comes on. Will she be out? They already out an article.”

After being challenged on his opinion again, Arenas then elaborated, “They already came out and said while she’s doing her nine and a half year sting she’s going to be able to coach.”

The interviewer is then stunned by this information, but Arenas doubles down, “Yes, she’s going to come out to coach.” He later states, “But that’s what my thing is like I know it’s political, but she’s more valuable to Russia than she would be to us. In a sense of she’s your golden goose. I don’t see you holding her in jail for f***ing nine years. I’m gonna call your bluff.”

“I’m gonna call your bluff,” he reiterated. “I wanna see you hold her in jail for nine years. The best player in that country. No. They already said, ‘Oh yeah, we’re putting in a program where can come out of jail to coach a team.’ Yeah, I’m sure. I’m sure.”

Arenas then tells the interviewer, “You should do some research. If they knew she had a pen on her…”

The interviewer then appears to look up an article on his phone and he reads, “Brittney Griner could coach basketball while serving her nine-year penalty in Russian prison.”

The source of that information is a report from Radar that claims, “Brittney Griner may be able to revive her basketball career. Radar has learned the embattled WNBA player might have the opportunity to coach women’s basketball while she serves her 9-year sentence in a Russia Penal Colony following her arrest for cannabis oil.”

Arenas reacts to the interviewer telling him, “I told you. No, they’re not keeping that girl in f***ing prison. If she’s actually in prison, she’s running that joint for sure.”

“This is what I’m saying. I’m calling the bluff,” Arenas doubled down. “I wanna see if you actually keep her there because she’s more important to your Russia team.”

The interviewer counters again saying she won’t be able to play, just coach. Arenas is unimpressed, “They’re Russia. They can do what the f*** they want to do. I want to see. I literally know it’s holding an American in jail. You’ve got to remember this is if I have the power. I want to see if you’re gonna do it. It’s like LeBron to us. She’s LeBron over there.”

Arenas reiterated his point again, “That’s what I’m saying she’s more valuable to them than she would here in the grand scheme of things.”

Arenas and the interviewer then compare Griner to Stephon Marbury and how he was beloved in China despite not being the best player in the NBA. “That’s like Marbury going to jail right now in China, in Beijing, right? And going to Beijing and then it’s like all right, America, if you want him back. Well, wait a minute, he’s like God over there. Stop.

The interview then posits Griner’s arrest is really a conspiracy to get her to keep playing for the Russian team.

The interviewer then challenges that she doesn’t want to be in jail. Arenas quickly interjects, “But that’s what I said, vape pens and stuff like that, you’re carrying that with you from country to country, state to state, city to city so for them to actually bust you they already knew you had it on you.”

YouTuber Ryan Kinel of Sports Wars reacted to Arenas’ comments saying, “This is not something I was expecting to hear. The theory that Gilbert Arenas is floating is that this as all a ploy to sway Brittney Griner to stay in Russia. So I don’t really know what — so are they arresting her so that she wants to stay, but also they’re not actually keeping her in prison. So like what is he even saying is happening? I don’t know.”

What do you make of Arenas’ comments regarding Brittney Griner?