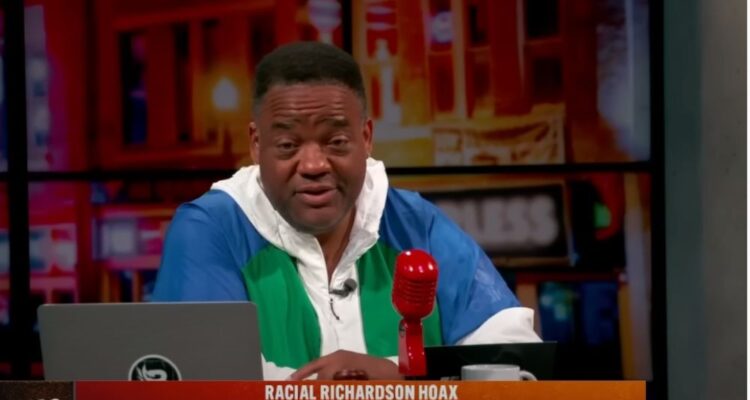 Jason Whitlock, a former offensive lineman at Ball State and the current host of Fearless with Jason Whitlock, claims that Duke University’s Rachel Richardson and her accusations of racism against a spectator during a volleyball match against Brigham Young University (BYU) are “an orchestrated scam.”

“Both the officials and BYU coaching staff were made aware of the incident during the game, but failed to take the necessary steps to stop the unacceptable behavior and create a safe environment,” she claimed.

She went on to state, “It is neither my nor Duke Volleyball’s goal to call BYU’s athletics out but rather to call them up. This is not the first this has happened in college athletics and sadly it likely will not be the last time. However, each time it happens we as student athletes, coaches, fans, and administrators have a chance to educate those who act in hateful ways.”

“This is an opportunity to dig deep into closed cultures which tolerate amoral racist acts, such as those exhibited Friday night, and change them for the better. It is not enough to indicate that you are not racist, instead you must demonstrate that you are anti-racist,” she proclaimed.

In an interview with self-proclaimed anti-racist Holly Rowe for ESPN’s Outside the Lines (OTL), Richardson further detailed, “At the end of the second set I had gone back to serve and they heckled throughout the entire game. That’s just a part of sports. You get used to playing through extreme environments like that.”

BYU released a statement indicating they had banned an individual writing, “It is for this reason BYU has banned a fan who was identified by Duke during last night’s volleyball match from all BYU athletic venues. Although this fan was sitting in BYU’s student section, this person is not a BYU student.”

However, a report from The Salt Lake Tribune disputes Richardson’s claims. BYU Police Lt. George Besendorfer told the outlet, “When we watched the video, we did not observe that behavior from him.”

A police report obtained by the outlet indicates an officer reviewed the footage and came to the conclusion, “There was nothing seen on the game film that led me to believe [the man who was banned] was the person who was making comments to the player who complained about being called the N-word.”

An officer attending the match also “didn’t personally hear any slurs while he was visibly standing there, listening. He said all he heard was BYU fans calling specific Duke players by their first names.”

The officer wrote in his report, “I told the athletic staff that I never heard one racial comment being made.”

On top of this The Cougar Chronicle, a student publication, shared multiple statements from students seated in the student section and all of them claiming they never heard a racial slur being used.

The outlet also claims they were contacted by a source inside the BYU athletic department and reviewed messages between this person and other officials within the department. This source told them, “When a mentally challenged fan approached a Duke player. The Duke team then suddenly recognized the handicapped man’s ‘voice’ as the same one shouting slurs. They never saw or pointed out a face, just a voice. They banned this man. Not for slurs, but for interfering with visiting guests.”

“BYU Athletics staff went through footage of the entire game and the man Duke identified was never seated in the student section. Her story doesn’t add up, BYU banned an innocent man to appease the mob and make their PR mess go away,” this source continued.

The source concluded, “While I don’t know if Ms. Richardson genuinely misheard something or intentionally made up this story, it certainly does not constitute the criticism BYU has gotten. There is zero evidence of a slur being said. Not a single witness, besides Ms. Richardson, has come forth. Not a single cell phone video or BYUtv’s several camera angles caught a single thing. How unlikely when this person supposedly said a slur during ‘every single serve.”

This lines up with the report from The Salt Lake Tribune that claims the man who was banned was identified as a Utah Valley University student and that he approached Richardson following the game believing he was a friend of his who played for BYU.

According to the Tribune it’s after this altercation that Duke and Richardson identified him as the man who allegedly yelled the racial slur.

The report also calls into question Richardson’s timeline of events. “During the match’s second set, the officer observed, the UVU student was not present when Richardson was serving.”

Whitlock reacted to this information stating, “This whole thing of — this scheme they hatched to install Rachel Richardson. Because that’s what I believe it is at this point. This is an orchestrated scheme and everyone is in on it.”

They had this woman on Outside the Lines yesterday, on ESPN, selling this myth…but here’s ESPN with Rachel Richardson, a 19-year-old girl, who there’s no proof, there’s no evidence. The game’s on TV, she had no reaction, but they have her on Outside the Lines yesterday like she survived a kidnapping attempt or that the KKK came to lynch her and she survived and fought them off.”

“What I was trying to do is make sure they’re spending the funds…,” he mocked. “This is a shakedown. This is a shakedown of college universities. I’m starting to think maybe this Long Talk organization may be in on this.”

Whitlock then speculated that Richardson’s godmother might be in on it too explaining, “Maybe her godmother — her Twitter feed was filled with racist stuff. Her godmother that started all this is the real racist in all of this and it’s backed up by the racist things she was saying on her Twitter feed. She’s far more racist than whoever this anonymous person is at BYU.”

As documented by the Cougar Chronicle, Richardson’s godmother, Lesa Pamplin, who has now locked down her Twitter feed, originally claimed Richardson was called a “n*****” during the game against BYU and then told to “watch her back going to the team bus.”

Pamplin who is running to be a judge in Texas subsequently released a press statement claiming, “It is unfortunate that this incident has only received attention after I tweeted about it. Every American should be enraged that a young lady was subjected to hateful, demeaning language, and we should be even more outraged it took a tweet from me in Tarrant County, Texas to bring this incident to light.”

The student paper also documented numerous tweets from Pamplin specifically targeting white people. In one tweet she claimed she felt like she was “at war” with “whypipoe” who she claims asked her about military-style jacket she was wearing.

Whitlock then reiterated, “This feels like an orchestrated scam when they’re setting this woman’s comments to music and it’s like a movie’s being played and she giving, ‘Oh, yeah, I didn’t want to hurt anybody. I didn’t want to meet anger with anger. I just wanted to smear all of BYU as racists and paint everybody there as animalistic people that for two hours yelled racial slurs at me and no one did anything. But I didn’t meet there anger with anger. I went the passive aggressive route and just destroyed everybody. I am Khaleesi the Mother of Dragons. This is another episode of Game of Thrones brought to you by ESPN.'”

What do you make of Whitlock’s analysis of Richardson’s claims and the lack of evidence that supports them?

NEXT: Former Oakland Raiders Head Coach Jon Gruden Says He Doesn’t Watch ESPN Because “I Don’t Believe Everything Is True”