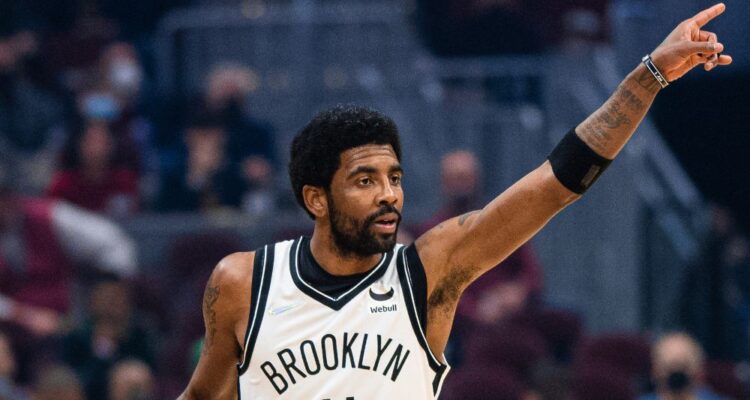 Kyrie Irving has been a bane in the eyes of the sports media for the last few years, mainly over his choice to not get vaccinated.

The Brooklyn Nets star has been a target of the media’s ire ever since he refused to accept the COVID-19 vaccine as a means of playing home games in the state of New York. New York was one of the first states to adopt vaccine passports as a means to access services in the state and a vaccine mandate remains a term of employment in New York City.

The media including ESPN’s Stephen A. Smith labeled  Irving as stupid and selfish for refusing the COVID vaccine which means they are not going to like what he has done this time around.

Kyrie Irving took to Instagram to share a post from The Free Thought Project to his Instagram Stories that showcases an old video from Alex Jones in which the InfoWars boss talks about corrupt empires, secret societies, and oligarchies.

In the video, Jones says, “The facts and common sense are in. Yes, there have been corrupt empires. Yes, they manipulate. Yes, there are secret societies. Yes, there have been oligarchies throughout history. And yes, today in 2002, there is a tyrannical organization calling itself the New World Order pushing for worldwide government, a cashless society, total and complete tyranny.

Jones continues, “By centralizing and socializing health care, the state becomes God basically when it comes to your health. And then by releasing diseases and viruses and plagues upon us, we then basically get shoved into their system, where human beings are absolutely worthless.”

A post shared by The Free Thought Project (@thefreethoughtproject)

Many took Irving’s post as a continuation of his rejection of the COVID-19 vaccine and the government’s role in forcing its citizens to take the shots against their will.

Last year, Irving spoke out against the vaccine by saying “I am doing what’s best for me. I know the consequences here and if it means that I’m judged and demonized for that, that’s just what it is. That’s the role I play, but I never wanted to give up my passion, my love, my dream just over this mandate.”

Irving missed 53 games last season due to his decision not to get the mandated vaccine.

RELATED: Aaron Rodgers Says The NFL Threatened To Not Pay Players And Force Teams To Forfeit Over Vaccination Status

“I’ve been accused of spreading misinformation about the treatment plan that I used to get better,” Rodgers told Pat McAfee. “I do know behind the scenes—this is 100-percent true—there are many teams who are using or recommending a lot of the same treatments that I got for their players.”

RELATED: Tennis Champion Novak Djokovic Announces He Will Not Attend The US Open Due To Vaccination Status

Tennis star Novak Djokovic was banned from playing in the 2022 Australian and more recently in the US Open as the governments banned foreigners from traveling to their countries without receiving the vaccines as well as booster shots.

Back in July after winning his seventh Wimbledon crown, Djokovic confirmed that he has no plans to change his stance on the COVID-19 vaccine ahead of the US Open

“I’m not vaccinated and I’m not planning to get vaccinated so the only good news I can have is them removing the mandated green vaccine card or whatever you call it to enter the United States or exemption,” Djokovic said.

What are your thoughts on Kyrie Irving and other athletes standing up against media pressure to get the COVID vaccine?