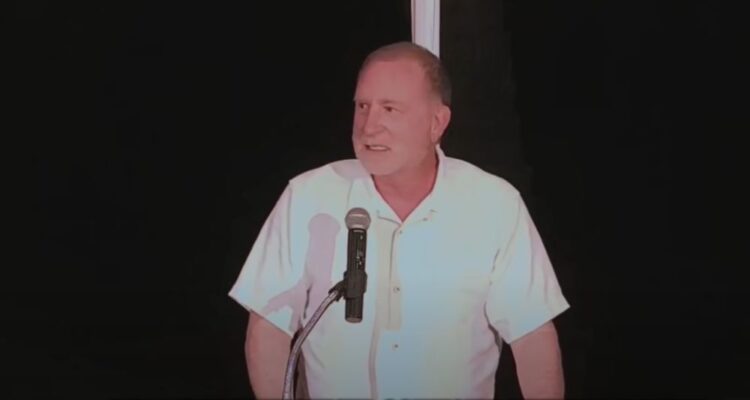 The NBA announced they were suspending Sarver for an entire year from both the Suns and the WNBA’s Phoenix Mercury for an entire year, fined him $10 million and are requiring him to “complete a training program focused on respect and appropriate conduct in the workplace.”

The punishment came after an independent investigation conducted by the law firm of Wachtell, Lipton, Rosen & Katz and led by the firm’s partners David Anders and Sarah Eddy determined that over an 18-year period Sarver “repeated the N-word when recounting the statements of others” on at least five occasions.

Finally, it also reported that he “engaged in demeaning and harsh treatment of employees, including by yelling and cursing at them.”

NAACP President Derrick Johnson released a statement in reaction to the NBA’s punishment.

He began, “The NBA’s response is shameful. Fining a Billionaire $10M is nothing but a speeding ticket.”

“They have failed to adequately address this man’s history of racism, sexism, and his years-long nourishment of a toxic culture,” Johnson continued. “The fact that the NBA would hand down this so-called “punishment” in the same year we lost a legend like Bill Russell, who fought racism his entire life, only underscores how prevalant (sp?) racism still is today.”

Johnson concluded, “The punishment doesn’t fit the crime whatsoever, and the NBA must do better than this. This is far from accountability.”

While the independent investigation concluded that “Sarver said the N-word at least five times in repeating or purporting to repeat what a black person said—four of those after being told by both black and white subordinates that he should not use the word, even in repetition of another,” it also noted, “the investigation makes no finding that Sarver used this racially insensitive language with the intent to demean or denigrate.”

The report also included a letter from Thomas A. Clare on behalf of Sarver rejecting the allegations of racism. The letter states, “The ESPN story contains false and defamatory claims that Mr. Sarver and the Phoenix Suns promoted a workplace culture of racism, misogyny, and sexual harassment. Those claims are demonstrably false – as we have previously discussed – and nothing could be further from the truth.”

It goes on to tout Sarver’s “commitment to diversity, equity, and inclusion” even noting that it “is part of his DNA.” To that end the letter notes, “During Mr. Sarver’s tenure as owner of the Phoenix Suns, more than half of head coaches and general managers have been people of color. No other team in the NBA employs more people of color in basketball operations (55%) than the Phoenix Suns organization.”

The letter further states, “Under Mr. Sarver’s leadership, both the Suns and Mercury organizations have been the standard bearer for hiring and promoting talented and driven minority, LGBTQ, and women executives. Mr. Sarver also hired the first woman color commentator in the NBA.”

The letter goes on to read, “In 2020, Mr. Sarver made the following remarks after being asked whether he supported social justice efforts from NBA and WNBA players following the shooting of George Floyd and other instances of police brutality targeting black men: ‘“While I can’t relate to what our Black players are feeling and experiencing today, I sympathize with them, listen to them, and support them. I remain personally ready, willing and able to work side by side with our Suns, Mercury and other WNBA and NBA players and coaches to bring about criminal justice reform.
We have done it before locally, fighting discriminatory legislation in our state and unfair sheriffing in our county, specifically advocating to defeat SB-1070 that legalized racial profiling in 2010. Together we can engage again to bring about positive change toward racial equality.’”

What do you make of Johnson’s comments regarding the NBA’s punishment of Sarver?

NEXT: NBA Champion Stephen Curry Says President Donald Trump “Has A Tone Of Divisiveness That Doesn’t Have A Place In Our Country”