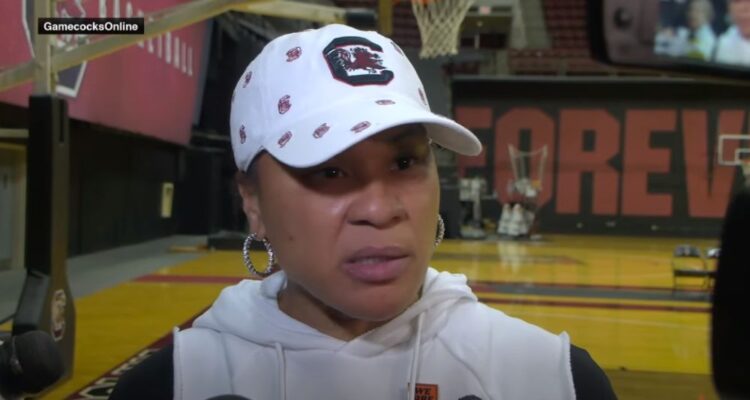 Richardson, who plays volleyball for Duke University, claimed that she and her African American teammates were ” targeted and racially heckled throughout the entirety of [a] match” against BYU.

She added, “My teammates and I had to struggle just to get through the rest of the game, instead of just being able to focus on our playing so that we could compete at the highest level possible.”

She went on to lecture BYU writing, “This is an opportunity to dig deep into closed cultures which tolerate amoral racist acts, such as those exhibited Friday night, and change them for the better. It is not enough to indicate that you are not racist, instead you must demonstrate that you are anti-racist.”

In an interview with ESPN’s Holly Rowe, Richardson added to her accusations saying, “At the end of the second set I had gone back to serve and they heckled throughout the entire game. That’s just a part of sports. You get used to playing through extreme environments like that.”

Richardson continued her telling of events, “So we switched sides and I went to a teammate that I’m super comfortable, super close with and I told her what had happened and immediately she was like, “Alright, let’s go tell coach.’ She came with me, we told our coaches, and they went to the officials.”

“The officials, we saw them speaking with the BYU staff and then we were told someone was speaking to the student section, and I was alright, and that was the end of it,” she detailed. “We played our third set on the opposite side of the net from them. And then in the fourth set we went back to that side, it was almost as though the atmosphere of the student section had changed.”

Following Richardson’s accusations against BYU, Staley and the University of South Carolina announced their decision to cancel a home-and-home set of games against BYU.

The statement read, “The University of South Carolina’s women’s basketball series with BYU, with games scheduled for the 2022-23 and 2023-24 seasons, has been canceled.”

Staley issued a statement explaining the reasoning, “As a head coach, my job is to do what’s best for my players and staff. The incident at BYU has led me to reevaluate our home-and-home, and I don’t feel that this is the right time for us to engage in this series.”

During an appearance at the Cook Out Southern 500 at Darlington Raceway, Staley further explained her decision, “It wasn’t a knee jerk reaction obviously because I don’t knee jerk anything. I vetted it. I talked to various people that was a part of the situation. And I just felt like — I slept on it a few nights and I just woke up with the same just gut feeling that I should not put our players in that situation.”

“I did not discuss it with our players,” she continued. “I did tell them Friday that it’s going to be happening and they nodded in affirmation.”

Staley went on, “I didn’t do it to condemn BYU. I did not do that. This was a selfish decision. I was only thinking about South Carolina Women’s Basketball. And I wanted to handle it on my own, which is not hopefully involve anybody else that have to deal with it, meaning our administrators.”

“So I’d rather just not put ourselves in that situation,” she concluded.

A report in The Salt Lake Tribune at the end of August revealed that “campus police say it doesn’t appear the man who was eventually banned was the person shouting the N-word.”

In fact a police report obtained by the outlet noted, “There was nothing seen on the game film that led me to believe [the man who was banned] was the person who was making comments to the player who complained about being called the N-word.”

BYU Police Lt. George Besendorfer also told the outlet, “When we watched the video, we did not observe that behavior from him.”

This report was corroborated by an internal investigation conducted by BYU Athletics which found no evidence to support Richardson’s claim, “BYU has completed its investigation into the allegation that racial heckling and slurs took place at the Duke vs. BYU women’s volleyball match on August 26. We reviewed all available video and audio recordings, including security footage and raw footage from all camera angles taken by BYUtv of the match, with broadcasting audio removed (to ensure that the noise from the stands could be heard more clearly).”

They concluded, “From our extensive review, we have not found any evidence to corroborate the allegation that fans engaged in racial heckling or uttered racial slurs at the event.”

Staley was recently asked about her decision to cancel the games and was adamant she has no intention of apologizing until Richardson changes her story.

“That’s her story, that’s what she’s sticking with…until she comes out and says that, I’ll be the first to apologize.”

Staley’s logic is bizarre to say the least. She’s basically claiming that if a liar doesn’t admit they are lying then they couldn’t be lying. It makes no sense. Not only does it not make sense it reflects poorly on Staley own personal character as she clearly refuses to follow the evidence that shows no one uttered racist remarks to Rachel Richardson during the volleyball match.

What do you make of Staley’s comments?