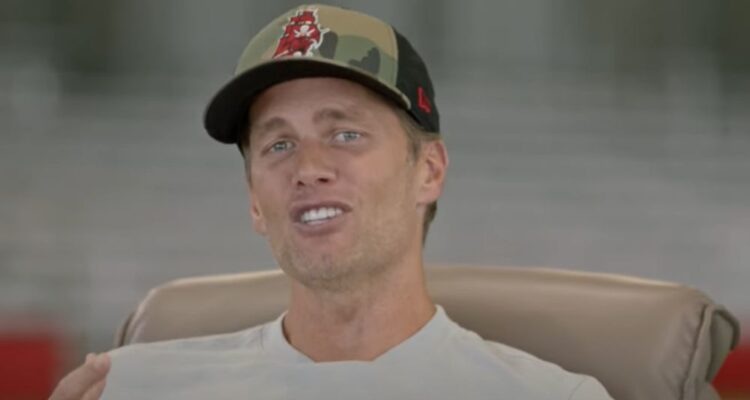 Tampa Bay Buccaneers quarterback Tom Brady previously described his wife Gisele Bündchen as a witch and described the numerous rituals she engaged in to help his football career.

After Brady and the New England Patriots defeated the Los Angeles Rams in Super Bowl LIII by the score of 13-3 in 2019, Brady described his wife as a witch.

He was asked about any superstitions he had going into the game or if there was anything he had tucked away somewhere.

He answered, “Uh, I did. I’ve learned a lot from my wife over the years. She’s about the power of intention, believing that things are really going to happen. And she always makes a little altar for me at the game, because she just wills it so much.”

“So she put together a little altar for me that I could bring with pictures of my kids and I have these little special stones, healing stones, protection stones, and she has me wear a necklace, and take these drops she makes, and I say all these mantras,” he elaborated.

He continued, “I stopped questioning her a long time ago. I did. I just shut up and listen. At first, I was like, ‘This was kind of crazy,’ and then about four years ago we were playing the Seahawks, and she said you better listen to me, this is your year, but this is all the things you’re going to have to do to win. And I did all those things and by God, you know it worked.”

Brady then went on to provide more examples, “And then in 2015, it was about early January, and she said, ‘You know how much I love you,’ and I said, ‘Yeah,’ and she said, ‘I just wanna let you know, this is not going to be your year.’ And of course we lost.”

RELATED: Tom Brady Speaks Out on Absence: “There’s A Lot of S*** Going On”

Brady then revealed, “She said, ‘You’re lucky you married a witch, I’m just a good witch!'”

While the media laughed about Brady’s stories about his wife’s rituals, they are a serious matter and should be avoided.

Fr. Vince Lampert a priest and exorcist in the Diocese of Indianapolis explained that ties to the occult is one of the eight main ways people “open up a door way to evil in their lives.”

He explained, “Ties to the occult. The word occult comes from the Latin word occultist meaning hidden or secret. It focuses on knowledge of the paranormal. Its basic root is that people want a glimpse into the future. It’s associated with tings like palm reading, mediums, playing with a ouija board, tarot cards, going to see a psychic or a medium, the practice of yoga, reiki, the use of crystals, the use of magic.”

“All magic is inherently evil and I don’t mean illusions such as a card trick, but magic in a true sense of the word is inherently evil,” he continued. “There can be things like reading your horoscope. Again things may seem like they’re entertaining and fun, but that doesn’t mean the devil isn’t using that in a very subtle way just trying to get a foothold into our lives.”

He later adds, “And then certainly the practice of witchcraft would also fall under the heading of ties to the occult.”

He then explains, “So all of these practices are condemned because they are a form of idolatry that violates the first commandment where God says ‘I am the Lord your God, you shall have no strange gods before Me.’ So when people turn to the occult they’re looking for a substitute for God.”

“We can even read in Chapter 18 of the Book of Deuteronomy Verses 10, 11 and 12. ‘You must never practice black magic, be a fortune teller, witch, or sorcerer. You must never cast spells, ask ghosts or spirits for help, or consult the dead.’

“Again, no one knows the future, but God himself,” he declares. “The devil is smart. He can use deductive reasoning. He can watch us and observe us. He can deduce what we might be thinking or how we may act, but again that’s pure conjecture. Only God himself knows the future.”

“And people need to realize that the devil cannot be used for our own benefit. Ultimately, the devil will always use us and in the end he wants our lives to be nothing but a jumble of broken bits and pieces,” he asserts.

NEXT: Radical Leftist Organization Calls For Jon Gruden To Be Permanently Banned From The NFL