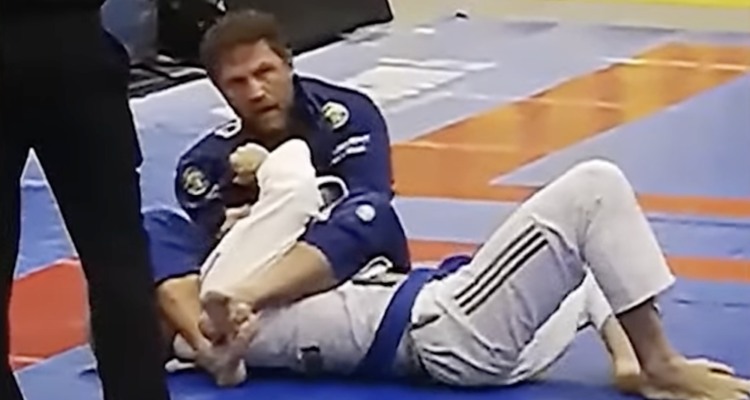 Tom Hardy Wins Gold At Martial Arts Tournament And Explains How Jiu-Jitsu Has Been Fundamental To Developing “Deeper Sense Of Inner Resilience, Calm And Well Being”

Hollywood star Tom Hardy recently participated in the Ultimate Martial Arts Championships Brazilian Jiu-Jitsu Open that took place in Milton Keynes this past weekend, taking home the gold after winning all of his matches.

Further, the actor attributes his well being to Jiu-Jitsu, a discipline the actor has been practicing since he played an MMA fighter in the 2011 film Warrior.

The event’s sponsor, Sean Rosborough, praised Hardy for his display on the mat, declaring that him and the organisers had known for a couple of weeks that the actor would be participating; choosing to keep it a secret in an attempt to prevent people from attending en masse and “distracting” him during the matches.

As a matter of fact, the Venom actor entered the competition under his first name Edward and not Tom, which is actually his middle name.

“A lot of people were asking for photos, and coming up to him, and he had no problem with that all. The mums were all over him. It didn’t bother him,” Rosborough told SWNS, as per Metro. “And when he was fighting, he was focused on what he was doing. He’s amazing at Jiu-Jitsu.”

Just a few days after his appearance at the tournament, Hardy took to Instagram to share a fairly inspiring message about his journey, and how his commitment to martial arts has been an essential pillar for him.

“Addiction is difficult and complex stuff to navigate; as is mental health. Subjects which are both deeply personal for me and extremely close to my heart,” the actor said before promoting the REORG charity that seeks to help people that suffer from PTSD and other debilitating conditions.

“It is an honour to be able to represent the charity and my team REORG and the great work they do supporting the mental health and well-being of veterans of service, military and first responders through the therapeutic benefits of Jiu Jitsu and fitness training,” Hardy added.

The Hollywood star elaborated on the reason why partaking in Jiu-Jitsu has helped him tackle his inner demons, stating, “Simple training, for me (as a hobby and a private love ) has been fundamentally key to further develop a deeper sense of inner resilience, calm and well being. I can’t stress the importance it has had and the impact on my life and my fellow team mates.”

Providing insight on what this particular charity can do for individuals seeking help, Hardy explained, “REORG is a global non-profit organization and community that encourages and enables veterans, active military, and first responders to use Brazilian Jiu Jitsu and Physical Fitness Training as a form of therapy to overcome physical and mental challenges, strengthen social connection, and improve overall health and well-being.”

“Their work has changed and saved lives around the world by not only providing an effective, positive means for navigating and managing the challenging psychological aspects of military and first responder careers, but also has allowed many to find a renewed sense of purpose, identity, and community thats often lost when transitioning to civilian life,” the accomplished martial artist concluded.

This wasn’t even the first tournament in which the actor took the gold medal.

In August of this year, Hardy participated in the first REORG Jiu-Jitsu Championships that took place at Aldersley Leisure Village in Wolverhampton; coming off victorious in all of his matches and taking home double gold.

Teeside resident Danny Appleby, one of Hardy’s opponents during the tournament in Wolverhampton, recounted what it was like to step into the mat and see the actor as his opponent; praising the Hollywood star’s skills as a Blue Belt Jiu-Jitsu practitioner.

“I recognised him straightaway. Everyone knows who Tom Hardy is, don’t they?” Appleby told TeesideLive, admitting that he was “shell-shocked.” He recalled that the actor said, “just forget it’s me and do what you would normally do,” in humble fashion.

Regarding the Venom star’s skills, Appleby declared that Hardy is “a really strong guy,” further noting, “you wouldn’t think it with him being a celebrity. I do okay, I’ve done about six tournaments and I’ve been on the podium in every one.”

“But he’s probably the toughest competitor I’ve had – he certainly lived up to his Bane character, that’s for sure,” Appleby added, going on to say that Hardy was “genuinely a really nice guy.”

What do you make of Tom Hardy using Brazilian Jiu-Jitsu and other martial arts to overcome his addictions? Let us know your thoughts in the comments section down below or on social media.