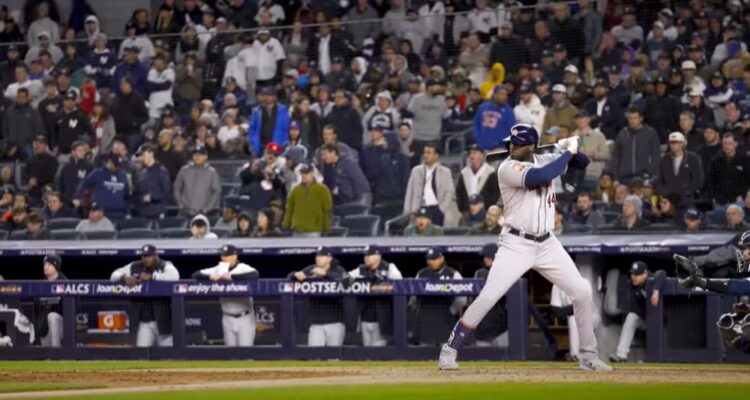 The Associated Press and writer Ben Walker took issue with the fact that they expect there to be no US-born black players in the upcoming World Series that pits the Houston Astros against the Philadelphia Phillies.

In an article titled, “No US-born Black players on expected World Series rosters,” Walker wrote, “To be sure, Houston’s Jose Altuve and Philadelphia’s Jean Segura are among scores of Latin players helping keep big league rosters diverse. But for the first time since 1950, shortly after Jackie Robinson broke the Major League Baseball color barrier, there project to be no U.S.-born Black players in this World Series. Zero.”

He then did what media outlets have been doing for ages when they want to spin a narrative, they go to “experts” to speak for them. In this case, Walker sought out Bob Kendrick, the President of the Negro Leagues Baseball Museum who told him, “That is eye opening.”

“It is somewhat startling that two cities that have high African American populations, there’s not a single Black player,” Kendrick added. “It lets us know there’s obviously a lot of work to be done to create opportunities for Black kids to pursue their dream at the highest level.”

Not satisfied with just one expert to spin his narrative, Walker also got comments from Richard Lapchick, the Director of The Institute for Diversity and Ethics in Sport.

He told him, “It’s been a story that’s been ongoing since the late 1980s, the decline of Black baseball players.”

To hit this point home, Walker then cited Lapchick’s study that notes the number of black players on opening day rosters in Major League Baseball declined to 7.2% from 7.6% last year. Walker went on to state this percentage “marked the lowest since study data was first collected in 1991, when 18% of MLB players were Black.”

Aside from relying on experts, Walker would make it clear he was trying to create a racial controversy as he wrote, “MLB had 38% players of color on opening day rosters, including Altuve, Yordan Alvarez, Jeremy Peña, Yuli Gurriel, Cristian Javier and Framber Valdez of the Astros and Segura, Ranger Suárez and Seranthony Domínguez of the Phillies.”

He then asserted, “Many Afro Latino players embrace Black identity, yet perhaps not for the same reasons that Black U.S. players do. Race and skin color hold a different currency in places like the Dominican Republic, Panama, Cuba and Belize.”

RELATED: Former Los Angeles Angels Manager Joe Maddon Believes Analytics Is Taking Over Baseball: “Their Impact Or Authority Is Exceeding That Of A Coach”

The whole narrative is much like the narrative surrounding any and all other institutions in the United States. There are not enough black people playing baseball and things need to change so there is equity.

It doesn’t matter if there are better players out there that don’t happen to be black. Major League Baseball and its teams must increase the amount of black players regardless of whether or not they are the best players.

YouTuber John Matrixx reacted to Walker’s narrative saying, “The media, they always try to victimize black Americans that’s why they wrote that article. They are hoping that some black Americans will read that article and say, ‘Man, we’re victims.’ But it’s kind of hard to do that with Latino black players. They don’t look at things like victimhood. They don’t. But the woke sports media has been doing this for way, way too long.”

Not only does Matrixx point out the narrative, but he blows it up as well. He explained why there aren’t as many black Americans playing baseball, “When I was a kid growing up black kids played baseball. You know what happened? Michael Jordan happened.”

“That is the reason why you really don’t see black kids really playing baseball now,” he elaborated. “Because in the 1980s Michael Jordan came along black kids started picking up the basketball. They did. And that was really kind of the downfall of black American kids playing baseball if you ask me, in my opinion.”

It’s not just the woke sports media running this narrative, it’s also the leagues. Major League Baseball is funding an organization called the Players Alliance to specifically increase involvement in the sport with black people.

This narrative was recently pushed by the National Hockey League when they released their “Accelerating Diversity & Inclusion” report that claims the organization’s teams are too white and the league plans to make changes to reduce the percentage of white people that work for them.

Discussing the report, the NHL’s Executive Vice President of Social Impact, Growth, and Legislative Affairs said, “It says that we are where we expected to be, but now we have the facts to back it up. I think the one area that we are feeling positive about is that 38% of our workforce are women. We’ve done a lot of work to improve in that area, and it’s very consistent with our current female fan base of 40%. And so that’s a great benchmark. Having said that we know we have work to do with women of color and we are leaning in to that.”

She added, “I think the thing you should take away from the Workforce Study is that it is a progressive outlook on how you begin to manage your talent. It is progressive in that it’s a self-identified report. So of our 4200, approximately 4200 employees across the league and the clubs, 67% of our employees participated in it and this is how they self-identified. And we will take this benchmark every two years and measure our progress over time.”

What do you make of the AP trying to gin up a racial controversy over the racial make up of the teams playing in the World Series?